Alfred Adler: It’s All About the Individual

Alfred Adler was born on February 7th, 1870, in Vienna, Austria, to the family of a Jewish grain merchant. Adler had suffered from rickets as a child, and because of this did not learn how to walk until the age of four. When Adler was ve years old, he developed pneumonia and almost died from the condition. His early experiences with illness sparked an interest in medicine and inspired him to pursue a career as a physician. 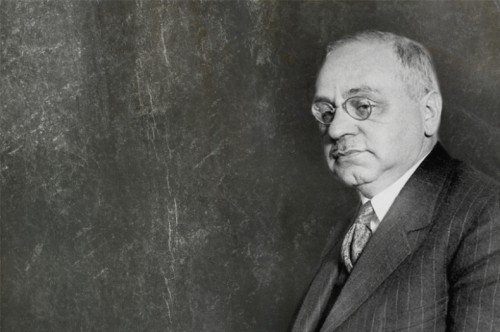 Following school, he worked as an ophthalmologist and eventually switched to general practice. Adler set up his office in the lower class part of Vienna, and across the street from his office was an amusement park and circus. As a result, most of the clients he saw were circus performers. By studying the unusual strengths and weaknesses that these circus performers had, Adler began to create his organ inferiority theory, wherein he posited that a person with a particular defect of a physical nature will experience feelings of shortcoming or inferiority because of this handicap, and will attempt to compensate for the weakness. This would later prove to have a large impact on some of his most important work in psychology.

Over time, Adler began to shift away from ophthalmology and towards psychology. By 1907, he was invited to join discussion groups led by Sigmund Freud. These meetings would eventually turn into the Vienna Psychoanalytic Society, and Sigmund Freud would name Adler president and co-editor of the organization’s newsletter.

Though he was president, Adler was very vocal about his disagreements with several of Freud’s theories. Eventually, a debate between supporters of Freud and supporters of Adler was held, and Adler, along with nine other members, resigned from the Vienna Psychoanalytic Society. They would go on to form the Society for Free Psychoanalysis in 1911, which a year later would become The Society for Individual Psychology.

While Adler played a major role in the development of psychoanalysis with Freud, he was one of the first to break away from the school of thought and create his own, which he called Individual Psychology. One of the most influential ideas to come out of this school of thought was the notion of the inferiority complex, which suggested that personality and behavior were the results of people working to overcome an inherent sense of inferiority.

When World War I broke out, Adler worked as a physician on the Russian front, and then for a children’s hospital. During World War II, even though Adler had converted to Christianity, the Nazis closed down his clinics as a result of his Jewish heritage, and Adler came to the United States and accepted a professor position at the Long Island College of Medicine. On May 28th, 1937, while on a lecture tour, Alfred Adler had a severe heart attack and died. His contributions to the eld, however, endured long after his sudden death, and shaped much of the discussion of the next half-century of psychological thought.