There are four barriers to intercultural communication (Hybels & Weaver, 2009). These barriers, namely, ethnocentrism, stereotyping, prejudice, and discrimination, involve the formation of beliefs or judgments about another culture even before communication occurs. The following attitudes and behaviors towards culture poses difficulties in communicating effectively between cultures.

This refers to the belief that one’s own culture is better than others. Ethnocentric attitude is illustrated when people evaluate others based on their own cultural beliefs and practices. There are three levels of ethnocentrism. The positive level is when you prefer your culture over other people’s cultures. The negative level involves the belief that one’s own culture is superior and that the behavior of others must be evaluated through one’s cultural standards. The extremely negative level, involves imposing your cultural beliefs on other people. Ethnocentrism is encouraged when the educational system only teaches a particular country’s culture and ignores the others. In the same way, religion also promotes ethnocentrism by promoting a particular set of beliefs.

This is the mental categorization or general, often inaccurate, representation of a particular group of people depending on one’s observations and experiences in interacting with its members. Negative stereotypes are common and are often taught (e.g., when a parent tells a child that all beggars are lazy, that boys should not play with dolls, or when someone says all Muslims are terrorists). Stereotypes may also be positive, such as when one thinks of all Asians as intelligent, all teachers as patient, or all mothers as caring. Stereotypes are perpetuated by institutions such as the family or a religious organization and by mass media through advertisements, movies, news, and music. Stereotypes determine how you interact or behave among a certain group of people, no matter how inaccurate or unfair the representation or generalization may be.

This is a positive or negative feeling held towards individuals belonging to a particular race, social class, religion, and sexual identity, among others. For instance, prejudice may cause one to feel fearful or resentful towards someone belonging to a particular group. Gordon W. Allport (1954) identified ways to express prejudice. It may be exemplified by speaking ill of someone from a target group: “You cannot trust people of color” or avoiding interactions with a certain group: “Stay away from people who are not of Chinese blood.” Prejudice is also illustrated by depriving a member of a particular group their rights to education, employment, and others. A prejudiced person may also resort to physical attacks, such as burning or destroying a group’s possessions. Finally, prejudice is demonstrated through extermination or the use of physical violence in attempts to destroy a particular culture (e.g., Jewish Holocaust).

This refers to negative behaviors that are caused by prejudice or stereotyping. It may be interpersonal, such as when one refuses to speak to people belonging to a certain race, or collective, such as denying a group of people certain rights in society (e.g., the right to vote, etc.). Other forms of discrimination include verbal insults, avoidance, physical violence, and genocide. 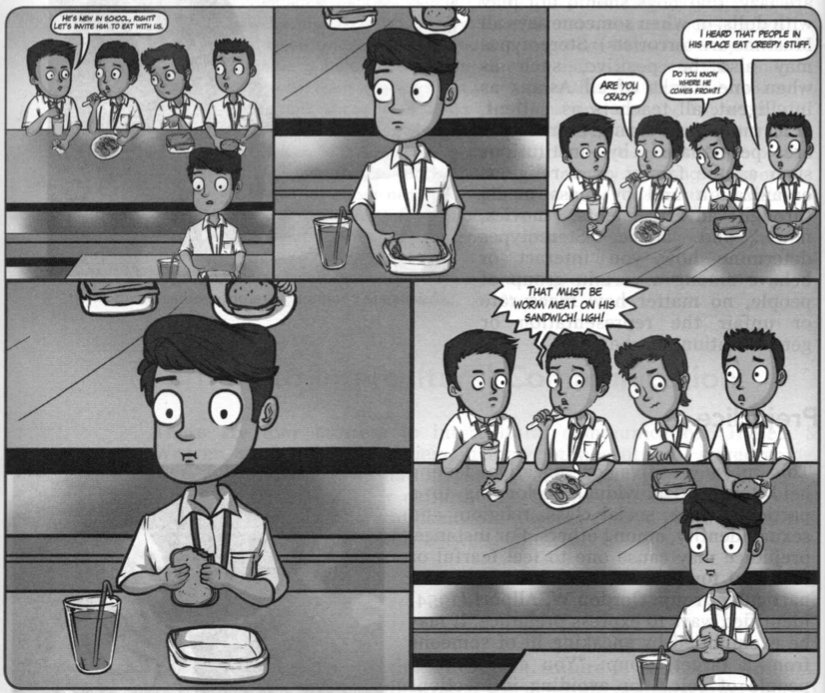