The introduction of the broadcast industry in the Philippines started with the introduction of the telegraph and telephone system in the country. During the colonial Spanish period of the late 1800s, the British company Eastern Extension was granted permission to place submarine telegraph cables from Hong Kong to Manila via the province of Bolinao in Pangasinan. Thus, in 1890, the first telephone system of the country began its operations, and the whole archipelago enjoyed this system of information and communication exchange. When the Americans took over the colonial rule, they also took over the operations of these telephone and telegraph systems until they handed it to the local colonial government during the early 1900s. Riding with these systems, early radio broadcast experiments thus began in the 1920s.

Americans were primarily pivotal in bringing the broadcast industry to the Philippines. It was American businessman Henry Herman who first operated a small radio station in 1922 to serve as a product demonstration media for his business called the Electrical Supply Company. From these tests, he upgraded his small station and adopted the call letters KZKZ to name his station in 1924 and set up Radio Corporation of the Philippines to legally own it. This station eventually closed but the oldest radio station that still exists today is DZRH which first broadcast in 1939 as KZRH. It was connected to the H.E. Heacock Company, a popular department store whose Manila branch was owned by Samuel Gaches. 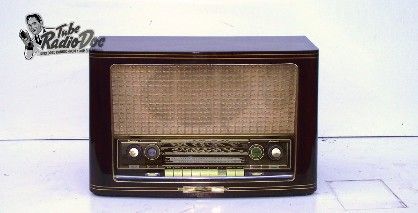 Slowly, radio sets became a fixture in Filipino homes. It was a friendlier medium since even illiterate people who couldn’t read or write were able to understand news and information being “told” them by the radio broadcast. Not only do listeners got the latest information from radio but they also got entertainment. The popular phonograph records came to the shores of the country and made it to the listening public via radio. American English and slang, via the American-originated canned programs, were being picked up by Filipinos, bringing American culture closer to the country. Eventually, local talents who could sing, do comedy skits and radio drama shows also developed through radio before crossing over to television and film later on. Advertising also became a huge enterprise thanks to radio, as programs were full of product-sponsored materials and catchy radio ads with memorable lines and songs or jingles became part of pre-war pop culture.

But during the Japanese occupation, radio was used by the colonizers for their propaganda purposes. The popular radio stations closed or operated with a limited capacity under the watchful eye of the Japanese. After the war, the stations reopened again and flourished anew in the post-war Philippines. Aside from commercial purposes, radio also had educational purposes as seen by the new government. Since radio is a nationwide pop culture favorite, it was tapped by the government to further educate the Filipino public through the establishment of the Philippine Broadcast System (PBS). PBS started with several informational programs geared to educate farmers. As radio could reach anyone with a radio set and clear access to a radio station transmitter, its reach is far and extensive. The Father of Philippine Radio, Francisco “Koko” Trinidad, oversaw and developed this type of distance learning system wherein instructional programs were aired over the radio for the benefit of classroom listening-learning all over the nation. As the PBS general manager from 1947 to 1970, he produced and pioneered radio programs similar to what the British Broadcast Corporation (BBC) was doing with their public service and education-oriented shows in England.

Television came into the picture when an American engineer, James Lindenberg, established Bolinao Electronics Corporation (BEC) in 1946. Hoping to get a license for his perceived television station, the Philippine Congress granted it in 1950. But he was hampered by various costs and other import rulings that he ended up abandoning his television dream. The dream was also happening for another person, though, in the form of Judge Antonio Quirino. Congress denied him a similar request for a television license since they feared that he will use the new medium to promote his brother’s reelection bid. His brother was then President Elpidio Quirino.

Judge Quirino went to Lindenberg and bought the majority of the stocks of his BEC station. He renamed BEC to Alto Broadcasting System (ABS). He asked a family friend to help him get connected with Radio Corporation of America (RCA), the leading broadcast company in the US. RCA eventually helped Judge Quirino in establishing DZAQ-TV Channel 3 which aired the very first television broadcast in the Philippines in 1953. RCA also trained the very first television practitioners of the country. Quirino ran ABS until businessmen Eugenio and Fernando Lopez, who owned Manila Electric Company, showed signs of wanting to acquire the television station. Aside from being in business, the Lopezes also ran media companies since they bought one of the leading newspapers after the war entitled The Manila Chronicle. They also established their radio company Chronicle Broadcasting Network in 1956. With their purchase of ABS, the merger ABS-CBN began, which is today’s one of the top media corporations in the country.

Similar to press history, Philippine broadcast industry was put to a halt by the dictatorship of Marcos. Since radio and television were more far-reaching and therefore more convincing in airing popular opinion, Marcos saw it as an enemy that needed to be heavily censored and controlled—and he did. He even imprisoned the head of ABS-CBN at that time, Eugenio Lopez Jr., as well as hunted down media practitioners who were actively speaking out against him and his dictatorship. Media freedom truly suffered a blow during the dictatorship.

But media, especially broadcast media, was also pivotal in gaining back the freedom denied the Filipino people by Marcos. With the far-reaching messages of radio and the moving pictures seen on television, freedom fighters of the 1986 People Power EDSA Revolution successfully urged the Filipino people to culminate in EDSA and stand against the dictatorship. Cardinal Sin went live on air at Radio Veritas and asked people to support the military leaders who were already defecting from the Marcos side. As a result, government troops tried to knock down the radio station’s main transmitter. But broadcasters still went on air and used an emergency transmitter to still relay important information and developments to the Filipino people. They broadcast under the monicker “Radyo Bandido” and it was spearheaded by broadcast journalists June Keithley and Angelo Castro, Jr.

Today, the broadcast industry is one of the leading sources of mainstream mass media products and services in the country, with the top two stations ABS-CBN channel 2 and GMA-7 continuing their original mandates of serving and entertaining the Filipino public. Radio still enjoys a healthy existence despite the dominance of television, catering more to the masses and the music-listening public with public affairs programs and pop music stations popular all over the country. Cable television is also enjoying a healthy subscription, providing Filipinos more access to Asia and worldwide-produced television programs.