Codes, Conventions, and Representation in Media​

Media and other providers of information play different roles to meet our different information needs. We often hear that the role of media is to inform and to educate. In fact, there is a difference between the two:

The role of a sales brochure about a new smartphone is to inform potential buyers of its features. The role of a consumer website that compares different phones based on price and features is to educate consumers about their choices. According to the UNESCO Media and Information Literacy Manual, the best sources of information are fair, objective, lack hidden motives, and show quality.

Other roles of media providers are: 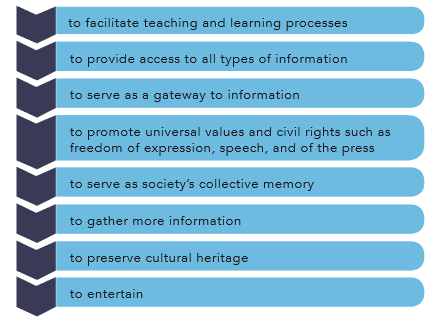 Codes and Conventions in Media

“The medium is the message,” a statement made by Marshall McLuhan way back in 1964, is among the first and most famous quotes in the study of media and information. McLuhan was studying how culture and society are affected by the means with which information is conveyed. According to McLuhan, media affect us not only through the information that they deliver but also through their language, codes, and conventions. Think about how the advent of social media has changed the way we communicate with the people around us and quickened the pace of everyday life. In this sense, media are rendered with more power and more significance, and are hence worthy of being studied critically.

According to UNESCO, to be media and information literate, one must know how information, ideas, and meanings are communicated. This means being able to understand the “language” or “grammar” of each medium or information provider. In a way then, learning the “codes” and “conventions” used by media practitioners to communicate an idea or a message is like learning a new language.

There are various types of codes in media. These technical and symbolic codes are used to communicate with audiences and send kinds of messages. Here are some of the codes used in media:

These categories, however, are not mutually exclusive. To convey power, for example, filmmakers make use of technical, written, audio, and symbolic codes. Also, technical, written, and audio codes are oftentimes used as symbolic codes. Understanding how a media material utilizes codes to communicate a message equips us with the capacity to evaluate information more critically.

Media conventions are referred to as the generally accepted ways of doing something. Each genre in television, film, and literature follow certain conventions that distinguish them from other genres.

We can differentiate a TV series from a news program because both follow different sets of media conventions. All of these, along with media codes, make effective communication between media and the audience a lot easier.

The University of Minnesota defines media representation as “the ways media portrays particular groups, communities, experiences, ideas, or topics from a particular ideological or value perspective.” In other words, media representation tells us that media reflect ideology, not reality. It makes us aware of how media “construct” or “re-present” reality and affect our perception of ourselves and of our surroundings.

According to BBC, these key terms help us grasp media representation in a more critical manner. 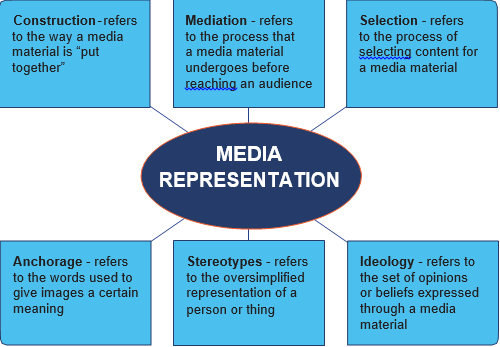 Below is an example that illustrates how each of these key factors play a part in media representation: 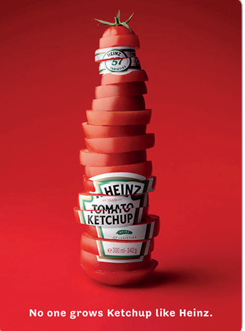 In terms of construction, what stands out in the advertisement is the color, the lighting, and the objects within the frame. This advertisement, like most advertisements, went through a rigorous process of mediation: a lengthy transaction between a client, an advertising agency, a graphic artist, a photographer, a researcher, and the like. It also went through a process of selection wherein typical content ideas like a colorful photo of a bottle of ketchup were perhaps rejected. The anchorage would be the statement, “No one grows Ketchup like Heinz.” All these factors point to the ideology that freshness and simplicity are the most valuable aspects of a product. What makes this advertisement more effective is the way it upholds the stereotype of freshness and simplicity equated to good.

Media representation is an interesting, multi-layered topic in media and information literacy. It examines the influence and responsibility of media, as well as the responsibility of those who receive and provide information. It also encourages us to examine how our own values and beliefs, our sense of right and wrong, and our definition of truth affect and shape these media representations.

According to UNESCO Media and Information Literacy Manual, the best sources of information are fair, objective, lack hidden motives and show quality control. How do we gauge if the media and information have the following characteristics? Learning the codes and conventions of media would equip us with the capacity to evaluate information more critically.

Also, BBC came up with key terms such as: construction, mediation, selection, anchorage, stereotypes and ideology that will help us grasp media representation in a more critical manner.