Apolinario Mabini as a Social Thinker 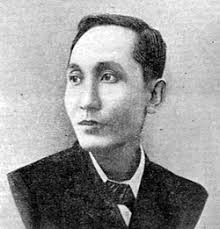 Apolinario Mabini was born on July 23, 1864 in Talaga, Tanuan, Batangas. His parents are Inocencio Leon Mabini and Dionisia Magpantay Maranan. He studied at the Dominican school of San Juan de Letran and finished law at the University of Santo Tomas in 1894. He served as the first prime minister and Secretary of Foreign Affairs of the First Philippine Republic from January 2, 1899 to May 8, 1899. He also was appointed as the President of the Supreme Court. Mabini acted as the chief adviser of President Emilio Aguinaldo in 1898. His influence was evident in the proclamation changing the form of government of the Philippines from being a Dictatorial Government to a Revolutionary Government. He also provided a simple structure of government for the Philippines during the Second Phase of the Philippine Revolution. He was the most constant defender of the Revolution and of Philippine independence. He was also considered as the brain and conscience of the revolution.

Mabini introduced several social philosophies in his political writings. His major works included “El Verdadero Decalogo,” “Ordenanzas de la Revolucion” and the “Programa constitutional de la republica Filipina.” As a defender of the Philippine independence, Mabini can be considered as one of the brilliant Filipino social thinkers. His social philosophy included the following:

1. Definition and Role of Citizenship

Like the national hero Jose Rizal, Apolinario Mabini understood the problems of the Filipinos under the Spanish colonial government. In his article entitled “Mabini: Philospher of Citizenship,” Randy David believes that Mabini wanted Filipinos to assert their rights as free citizens of a republic. In the attainment of their objective, Mabini saw the need for political freedom geared toward the establishment of self-government institutions.

2. The Need for Radical Changes

According to Mabini, genuine social renewal can only be achieved through radical institutional and personal changes. Personal change meant an alteration of the way of Filipinos think and live. Mabini believes that an “internal and external revolution” was necessary in order to “establish a more solid basis for moral education and to foreswear the vices that we have inherited from the Spaniards.” (David, 2015)

3. Concept of Man and Society

In his prize-winning biography of Apolinario Mabini, Cesar Adid Majul wrote about Mabini’s concept of man and society. Mabini, according to Majul, calls man as a creation of God who possesses certain inalienable rights called natural rights. Man, Mabini asserts, “had the right to seek those means necessary to maintain and perpetuate his life.” Men are by nature good and just and have the capacity to unfold his goodness and sense of justice to others. In this context, freedom can only be understood as doing what is good, just and reasonable. He said that true liberty is only for what is good and never for what is evil; it is always in accordance with reason and the upright and honest conscience of the individual.” According to Majul, Mabini defined society as “an organization instituted for mutual help, so that each could enjoy the highest possible well-being; a situation that can never be arrived at by the sole efforts of an individual without the aid of others” (Majul, 2004, p.197)

Authority in society constitutes the government. According to Majul, Mabini believes that society “should have a soul: authority. This authority need an intellect to guide and direct it: the legislative power. It also needs a will that is active and which shall make it work: the executive. It needs a will that is active and which punishes those who are bad: the judicial power. These powers should be independent of one another, in the sense that one should not encroach upon the functions of the other; but the last should be subordinate to the first; in the same manner that both will and conscience are subordinate to the intellect” (Majul, 2004, p. 199). Mabini believes that all divisions of the government were responsible to the people. Disruption of harmony happens when there is usurpation of one branch of the government by another branch. This brings about chaos in the body politic (Majul, 2004, p. 199). Mabini asserts that government must guarantee to the citizens “the highest degree of personal security, the greatest number of rights, the maximum satisfaction of economic wants, and the best possible education.” In turn, Mabini states that citizens must be “law-abiding, obedient to authority, virtuous, and eminently patriotic” (Majul, 2004, p. 200).

Mabini developed a decalogue that is made up of truths communicated by God to men through the use of reason. The Decalogue of Mabini focused on God, nation, independence, and the love of neighbors. He believed that once the rules of the Decalogue were reflected upon and understood, people will discover things which have been hidden from them by the Spaniards. Below are the main points in Mabini’s Decalogue: