Social thinkers are individuals in society who can be regarded as forefronts and visionaries toward the improvement of society in a particular time. They can also be regarded as great individuals who have contributed significantly to development of political and social thoughts and philosophy. They also provided significant contributions to the advancement of the disciplines of the social sciences. In the Philippines, there are a number of Filipino social thinkers who contributed toward the advancement and enrichment of social and political thoughts; one of them is Claro Mayo Recto. 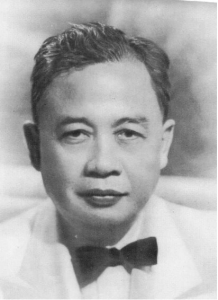 Claro Mayo Recto was a famous Filipino nationalist. He was born in Tiaong, Tayabas (Quezon) on February 8, 1890. He finished his bachelor of arts degree at the Ateneo de Manila and his master of laws at the University of Santo Tomas. He served as legal adviser to the Philippine Senate from 1916 to 1919. He was elected as representative of the third district of Batangas in 1919 and served as the House minority leader. He was re-elected as congressman of Batangas in 1922 and 1925. Recto was also a member of the Philippine independence mission. In 1934, he was elected as president of the Constitutional convention that drafted the 1935 Commonwealth Constitution. In 1931, he became a Senator of the Republic of the Philippines where he served as majority floor leader and president pro-tempore of the Senate.

Jesus G. Barrera (1965, p. iv) calls Recto as a “living legend in his lifetime” because of his brilliance and patriotism. His greatness was not only recognized and appreciated by a great number of people. Recto’s views on nationalism, economic independence, on foreign affairs, on democracy and civil liberties, on the Constitution and on politics in the Philippines are rooted on the realities of the post-war Philippines when the country was indirectly controlled and influenced by the United States as a neocolony.

Recto defines nationalism as the Filipino’s dedication and support for Filipino interests, unity and independence. In his speech on the eve of the 1957 Presidential elections, Recto declared that the salvation of the country’s nationalism can only be achieved if Filipinos will learn to assert the nationalistic virtues practiced by the our heroes and implement policies on nationalist industrialization. Recto believed that national interests are nonnegotiable. He argued that the interest of the people should not be sacrificed to any form of negotiation with foreign countries.

According to Claro M. Recto, the prosperity of a country depends on the country’s industry. Industries, Recto believes must be placed under the complete control of the Filipinos and not in the hands of foreign companies. For Recto, “as long as foreigners control the production, manufacturing, and distribution of the country’s main products, Filipinos will remain poor and subservient.

Recto believes that the Filipinos must be responsible for the economic condition of the country. Recto writes, “a nation’s political, economic and cultural life is of its own people’s making. Of course there are what we call forces of history, but it is for the people . . . to channel them toward the realization of national objectives. We must accept, therefore full responsibility for the backward condition of our economy, our political immaturity, our predilection for dramatizing minor issues to the neglect of long-rage basic questions, and for our confusions and indecisions that have delayed for decades the progress of the nation.”

Elcomblus Staff - December 21, 2020
Social thinkers are individuals in society who can be regarded as forefronts and visionaries toward the improvement of society in a particular time. They...