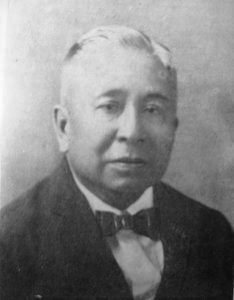 Isabelo de los Reyes was born on July 7, 1864 in Vigan, Ilocos Sur. In June 1880, he went to Manila to study at the San Juan de Letran College where he finished his Bachelor of Arts degree. He studied law at the University of Santo Tomas. De los Reyes founded the first vernacular newspaper in the Philippines, El llocano where he acted as both the editor and publisher of the newspaper. He also wrote a number of researches on Philippine history and culture. It included Las Islas Visayas en la Epoca de la Conquista (1887 and1889); La Expedicion de Li-Mahong contra Filipinas en 1574 (1888); Prehistoria de Filipinas (1889); El Folklore Filipino (1889); and Historia de llocos (1890). Like Rizal, de los Reyes also criticized the friars’ ownership of large tracts of haciendas and demanded for agrarian reform for the Filipino farmers.

During the American occupation of the Philippines, de los Reyes openly attacked the Americans and defended the First Philippine Republic that was established by Emilio Aguinaldo in January 1899. He was the founder and editor of two periodicals in Madrid, Spain namely, El Defensor de Filipinas and Filipinas Ante Europa. He also wrote two books in Spain. These are lndependencia y Revolucion and La Religion de Katipunan. The former called on Filipinos to continue the war against the United States while the latter explained the KKK’s organization and teachings.

De los Reyes was known in Philippine history for organizing the first labor union in the Philippines , the Union Obrera Democratica on February 2, 1902. De los Reyes was named president while Hermenegildo Cruz served as secretary of the Union. He also founded the La Redencion del Obrero (The Redemption of the laborer), the first labor newspaper in the Philippines which rallied for the rights of the ordinary laborers. As the first president of the Union, de los Reyes also initiated the celebration of the first Labor Day on May 1, 1902. De los Reyes’s inspiration to establish a labor union in the Philippines was based from his readings of the works of European thinkers namely, Karl Marx, Friedrich Engels, Victor Hugo, Pierre Joseph Proudhon, Mikhail Bakunin, and other European socialists. Their works inspired delos Reyes to introduce the concept of socialism into the Philippines.

Elcomblus Staff - December 21, 2020
Social thinkers are individuals in society who can be regarded as forefronts and visionaries toward the improvement of society in a particular time. They...