José Rizal as a Social Thinker 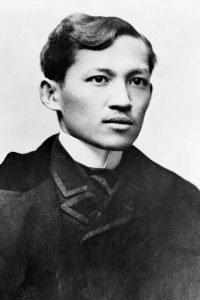 Jose Rizal, the Filipino national hero, can be considered as one of the greatest Filipino social thinkers during the nineteenth century. Syed Farid Alatas (2010) considers Rizal as the first systematic social thinker in Southeast Asia because his writings can be used as basis of sociological theories and concepts.

Born in Calamba, Laguna on June 19, 1861, Jose Mercado Rizal finished Bachelor en arte at Ateneo Municipal de Manila. He enrolled in Medicine at Universidad de Santo Tomas and left for Spain in May 1882 to finish his medicine studies at the Universidad Central de Madrid. Rizal wrote articles to the propaganda publication, the La Solidaridad. His most outstanding writings in the La Solidaridad included “Filipinas dentro de cien anos” or “The Philippines: A Century Hence” which was published from September 30, 1889—February 1, 1890 and “Sobre la indolencia de los Filipinos” or “The Indolence of the Filipinos” which came out in the La Solidaridad in 1890.

Rizal’s social ideas focused on the necessity to promote a genuine propaganda campaign that will provide information about the Philippines and their people, their capabilities and achievements, aspirations and moral rights. These social ideas were consistently discussed by Rizal in his two novels, namely, the Noli Me Tangere (1887) and El Filibusterismo (1891), and in his Annotation of Antonio de Morga’s Sucesos de las Islas Filipinas (1890).

Rizal’s works explained the nature and conditions of Filipino colonial society during the Spanish period. He also provided alternative ways and requirements so that Filipinos can seek liberation from the yoke of colonial rule. According to Alatas (2010), Rizal’s works introduced three broad sociological aspects that included the following:

Rizal criticized the corrupt system of the Spanish colonial government including its abusive officials. He blamed the backwardness of the Philippines and its lack of development as the main cause of the indolence of its people. In his essay, “The Indolence of the Filipinos,” Rizal discussed how the Filipinos, from being an advanced society before the sixteenth century became a backward country during the Spanish period. He attributed the lack of progress and backwardness of the Philippines to Spanish colonialism. Rizal also criticized the colonial knowledge of the Filipinos by looking into the country’s history to address the Spanish accusations of Filipino indolence. Rizal asserts that prior to the coming of the Spaniards, the early Filipinos were persevering and industrious people who have developed a prosperous and vibrant economy and rich culture.

As a product of the nineteenth-century liberal traditions, Jose Rizal was also aware of the Orientalist scholarship that flourished in Europe. This was evident in Rizal’s Annotation of Antonio de Morga’s Sucesos de las Islas Filipinas or Historical Events of the Philippine Islands. In his annotation of Morga’s work, Rizal made significant clarifications from the original work of Morga. His annotation corrected what Rizal believed to be as untruthful reports and insulting statements written in most of the Spanish accounts about the Philippines. His annotation of Morga’s work also emphasized the precolonial history of the Filipinos that was deleted from the memory of the Filipinos due to Spanish colonialism. For Rizal, the existing historical sources about the Philippines were mostly incorrect, prejudicial, unscientific, baseless, and irrational.

Rizal’s writings also proved a number of things about Philippine social realities during the nineteenth century. First, he proved that the Filipinos made significant advancements in agriculture and industry during the pre-colonial times. Second, he discussed the colonized people’s point of view on various issues such as the lack of progress in the Philippines and the imposition of Spanish colonial policies. Third, Rizal examined the cruelties committed by the Spanish colonizers. And lastly, Rizal criticized the hypocrisies and irrationalities of the Spanish colonial government and the Catholic Church (Alatas, 2010).

Rizal was also an advocate of human rights, particularly on women’s rights in Philippine colonial society. In his “Letter to the Young Women of Malolos” (1889), Rizal provided a number of important ideas on the rights of women and gender issues in the Philippines during the nineteenth century.