Historical-Hermeneutic Approaches in the Social Sciences

Psychoanalysis began with a young physician’s search for the treatment of his patients with emotional problems. Frustrated by the lack of knowledge that existed during his time, he set out to develop his own methods of treatment. In the course of developing his methods, the young doctor also developed a general theory of personality, aimed at explaining why people develop their unique patterns of typical behavior. That young doctor was Sigmund Freud, and his theory was known as psychoanalytic theory (Lahey 2007, 464).

The best-known aspect of Freud’s theory was his view that the mind is composed of the id, ego, and superego. Each has a different function, but they all relate to each other.

When the infant is born, the mind has only one part, the id. The id is composed primarily of two sets of instincts, life instincts and death instincts … aggression and even suicidal urges arose from these instincts. The life instincts, termed libido by Freud, give rise to motives that sustain and promote life, such as hunger, self-protection, and sexual desire. To Freud, the sexual and aggressive urges are by far the most important of these motives . . . sex and aggression are used by Freud to explain a vast range of personality characteristics, from kindness to shyness to cruelty . . . the id—operates according to the pleasure principle. The id wants to obtain immediate pleasure and avoid pain, regardless of how harmful it might be to others.

The ego is formed because the id has to find realistic ways of meeting its needs and avoiding trouble caused by selfish and aggressive behavior. The ego operates according to the reality principle. This means that it holds the id in check until a safe and realistic way has been found to satisfy its motives. The ego’s goal is to help the id fulfil its needs. It opposes the id’s wishes only long enough to find a realistic way to satisfy them.

The id and ego have no morals. They seek to satisfy the id’s selfish motives without regard for the good of others. The ego tries to be realistic about how those motives are satisfied. But as long as the needs are safely met, it does not care if rules are broken, lies are told, or other people are wronged. Restrictions are placed on the actions of the id and ego when the superego develops, the part of the mind that opposes the desires of the id by enforcing moral restrictions and by striving to attain a goal of Ideal” perfection. Parents are the main agents of society in creating the superego. They teach moral principles to their children by punishing transgressions and rewarding proper behavior. These experiences become incorporated into the child’s mind as the two parts of the superego. According to Freud, parental punishment creates the set of moral inhibitions known as the conscience, whereas their rewards set up a standard of perfect conduct in the superego called the ego ideal. These two parts of the superego work together by punishing behavior that breaks the moral code through guilt and rewarding good behavior through pride (Lahey 2007, 466-467).

The beginning of the twenty-first century witnessed the decline of psychoanalysis—”Its prestige has plummeted along with its economic viability and even its population. It has lost much of its standing among the traditional academic disciplines, and almost all of its coverage as a psychotherapeutic technique . . . A once-fascinated public distrusts psychoanalysis as unscientific, authoritarian, deluded, reactionary, trite, arrogant, sexist, and/ or passé” (Richards 2015, 390).

Those who questioned psychoanalysis as scientific, make the following claims: (1) its subject (i.e., the unconscious) is not reducible to its anatomy, physics, or chemistry; (2) its development cannot be understood or replicated independent of its founder’s personality; and 3) it does not meet up methodological specifications of the sciences that require public verification and testing (Richards 2015, 390-391).

Moreover, the question of whether psychoanalysis is a science or not opened up the subjectivist-objectivist dichotomy or debate in the Social Sciences. On one hand, the hermeneuticists believe “that psychoanalysis is hermeneutic discipline, not capable of being held to the principles of the traditional sciences but instead requiring a more humanistic understanding” (Fusella 2014, 871). On the other hand, certain psychoanalysts believe “that psychoanalysis is a science and that its basic theoretical tenets and therapeutic efficacy can be validated by empirical-analytical methods that are akin to those used in the other basic sciences” (Fusella 2014, 871). 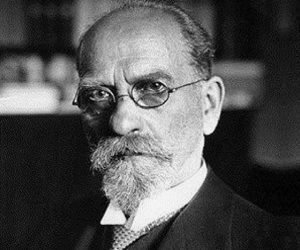 Both Husserl and Heidegger sought to uncover the life world or human experience as it is lived. Both phenomenologists were convinced that the world is simply one life world among many worlds (Laverty 2003). 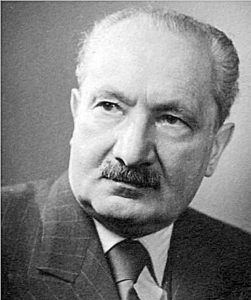 The aim of phenomenology is the description of phenomena, Reduction is a process that involves suspending or bracketing the phenomena so that the ‘things themselves’ can be returned to. Likewise, an essence is the core meaning of an individual’s experience that makes it what it is. Finally, intentionality refers to consciousness since individuals are always conscious to something. This means intentionality is the total meaning of the object or the idea which is always more than what is given in the perception of a single perspective (Kafle 2011, 181)

Husserl believed that “the observer could transcend the phenomena and meanings being investigated to take a global view of the essences discovered; an objectivization of the meanings of human experiences” (Sloan and Bowe, 2014, 6). A brief description of Husserl’s descriptive phenomenology is described below.

… the key to the study of a phenomenon was through consciousness and an intentional grasping of the ultimate essences of the unique experience. However, identification of the essences requires . . . phenomenological reduction, or “to set aside all previous habits of thought, see-through and break down the mental barriers which these habits have set along the horizons of our thinking . . . to learn to see what stands before our eyes” (p.43). This process has become known as bracketing … claims to remove the distortion of perception, by enabling a refraining from judgment through the process of bracketing (Husserl 1931 in Tan et. al., 2009, 3)

In contrast, Heidegger was of the view “that the observer could not remove him or herself from the process of essence-identification, that he or she existed with the phenomena and the essences” (Sloan and Bowe, 6). What is central to Heidegger’s view was the use of language and the interpretation of a person’s ‘meaning-making’, their attribution of meaning to phenomena (Sloan and Bowe 2014, 6). Disagreeing with Husserl, Heidegger suggested that a philosopher cannot investigate ‘things in their appearing’ to identify their essences while remaining neutral or detached from the things. This means “that it is not possible to bracket off the way one identifies the essence of a phenomenon” (Langdridge 2007 in Sloan and Bowe 2014, 6).

As a methodology, descriptive and hermeneutic phenomenologies also vary significantly.

These isolating themes can be viewed as written interpretations of lived experience. Using van Manen’s (1997) words, Sloan and Bowe (2014, 3) notes that any application of hermeneutic phenomenology requires the examination of text, to reflect on its content in order to discover something ‘telling’, something ‘meaningful’, something ‘thematic’. By having isolated phenomenal themes, one can rewrite the theme while interpreting the meaning of the phenomenon or lived experience.

Brought about by their difference in terms of their process of interpreting and describing human experience to understand the central nature of that experience, descriptive phenomenology and hermeneutic phenomenology also differ in terms of the role of reflexivity. Reflexivity” is a person’s reflection upon or examination of a situation or experience. It can help in interpreting the meanings discovered, or add value to those types of interpretations” (Langdridge 2007 in Sloan and Bowe 2014, 11).

Reflexivity describes the process in which researchers are conscious of and reflective about the ways in which their questions, methods, and subject position might impact on the data or the psychological knowledge produced in a study (Langdridge 2007 in Sloan and Bowe 2014, 11). Reflexivity is often mentioned in hermeneutic phenomenology …This is where the researcher uses empathy or relevant prior experience as an aid to data analysis and/or interpretation of meanings. Reflexivity has no place in descriptive phenomenology—it is an antithesis to the principle of bracketing out influences on the phenomena so that they can be seen as ‘the things themselves’ (Langdridge 2007 in Sloan and Bowe 2014,12).

Tan et al. (2009, 2) noted the application or use of hermeneutic phenomenology in recent years in various applied disciplines such as nursing, social work, mental health, and in the study of the experiences of hope and of grief. Nevertheless, hermeneutic phenomenology remains to be both a theoretical perspective and a methodology and not a method of research, and therefore, the challenge to it is the clarity and accountability of its method. Like psychoanalysis, hermeneutic phenomenology faces the critique posed by the positivists about claims to scientific knowledge, one that is utterly objective and is the only type of evidence that is valid and certain (Crotty 1998 in Tan et al., 2009, 2).