The indigenization of the social sciences focus on the study of ethnicity, society, culture, and its application to historical, anthropological, and psychological research and practice using indigenous knowledge. It was introduced to overhaul the western-introduced academic disciplines in the Philippine academic settings. Three important programmatic narratives and movements emerged from the discipline of psychology, anthropology and history, namely, the Sikolohiyang Pilipino, Pilipinolohiya, and the Pantayong Pananaw. These three narratives, Mendoza (2007, p. 242) writes, “are part of a single discursive formation” that focus on common principles that emphasize self-determination or pagsasarili and the charting of an autonomous path toward nation or peoplehood or pagtahak ng sariling landas tungo sa kabansaan. These three narratives serve as the “first organized, comprehensive and programmatic challenge to the long-standing hegemony of colonial theorizing” in the social science disciplines that began in the late 1970s. (Mendoza, 2007, p. 242) 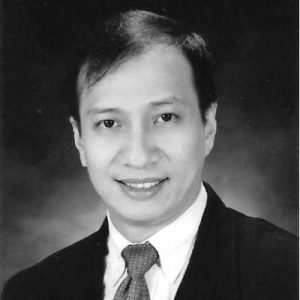 Sikolohiyang Pilipino studies the development of an indigenous Filipino psychology. It was developed as a response to the colonial background of Filipino psychology and the Great Cultural Divide in the development of Philippine psychological thoughts. Virgilio G. Enriquez pioneered the movement. Enriquez, considered as the “Father of Sikolohiyang Pilipino,” initiated this new consciousness and opened the door of developing a systematic way of studying, thinking, and feeling from the Filipino orientation and perspective (Mendoza, 2007, p. 245). According to Enriquez (2007), Sikolohiyang Pilipino introduced a movement that focuses on the following topics, namely:

Sikolohiyang Pilipino has three major areas of protest against the colonial background of Filipino psychology. These included the following:

This new consciousness on Philippine psychology, Enriquez (2007, 1110 p. 39) called as Sikolohiyang Pilipino emerged by using local languages as a tool for the “identification and rediscovery of indigenous concepts.” The movement believes that the Filipino language is the most appropriate medium or language for the expression of Philippine realities together with the “development of a scientific literature that embodies the psychology of the Filipino people” (Enriquez, 2007, p. 39)

According to Enriquez, Filipinos have the term kapwa where the “other” is not only experienced on the outside but also on the inside. Kapwa is a core concept of the Sikolohiyang Filipino that emphasizes the unity of the self with others. Kapwa recognizes shared identity. It arises from the awareness of a shared identity with others. Pakikipagkapwa has a more profound and deeper meaning. It means “accepting and dealing with other persons as equals.”

The use of indigenous language can lead to the identification of an underlying precondition to the existence of surface values. This is the concept and value of pakiramdam (shared the inner perception, and feeling for another). A person without pakiramdam cannot have pakikisama and utang na boob.

Pilipinolohiya was developed by Prospero Covar from the Anthropology Department and Zeus Salazar from the History Department of the University of the Philippines. Pilipinolohiya is derived from two words: Pilipino and lohiya. Lohiya is derived from the Latin, logos, which means systematic study while Pilipino refers to the citizens of the Philippines or those that belong to the Filipino race or referring to the national language of the Filipinos before it was replaced by Filipino. Pilipinolohiya is defined as the “study of the world of Filipinos, of being Filipinos, and the different ways of being Filipino” (Mendoza, 2007, p. 258).

According to Prospero Covar (2007, pp. 62-63), Pilipinolohiya is the systematic study of (1) Filipino psyche, (2) Filipino culture, and (3) Filipino society using the terms and categories of thought of the culture. Covar includes languages, and the different forms of arts, music, visual arts, sculpture, dances, architecture, drama, literature, film, philosophy, and religion as part of culture. In totality, psyche, culture and society are all studied in order to show the Filipino-ness or pagka-P/Filipino of each field. All the fields that were mentioned are woven and crafted by the Filipinos (Covar, 2007, p. 66)

According to Covar (2007, p. 66), the theory of Pilipinolohiya is a systematic outline developed in order to clearly understand the Filipino psyche, Filipino culture and Philippine society. Freud’s psychoanalysis does not shed light into the Filipino psyche and behavior. The Indo-European-based theory in linguistics should not be used to analyze the Malayo-Polynesian language and this includes the Filipino language. The use of the English alphabet should not be used in the Filipino language because our society, Covar argues, is not suited in a country that is capitalist, democratic, and republican like the Philippines. This further shows that there is a need to develop our own theory that is suited to the Filipinos’ psyche, culture, and society and based on our own experiences and perspectives. Proponents of Pilipinolohiya believe that without the knowledge and actual use of the language it is not possible to have a complete understanding of culture.

Proponents of Pilipinolohiya argues that this systematic study is focused on the Filipino nation, the peoples’ experiences, and the Filipinos’ culture and society and developed within the Filipino context. As opposed to Philippine studies which studies the Philippines and its people as merely objects of study by foreign scholars who are only interested in learning about the Filipinos for their own purposes and benefits only, Pilipinolohiya, on the other hand, studies the Philippines and its own peoples’ interest through the use of its own conceptual categories as the nexus of interpretation (Mendoza, 2007, p. 265).

Pilipinolohiya as a college course was affected by the reversion of the course title of degree programs offered in universities from Pilipinolohiya and was changed to Araling P/Filipino. Proponents, are however, optimistic that “the dynamic of indigenization and knowledge transformation in the universities will continue, even if there are no institutional recognition or support” (Mendoza, 2007, p. 266).

Pantayong Pananaw is a discourse within the indigenous tradition that was developed by Dr. Zeus Salazar, a History professor from the History Department of University of the Philippines Diliman and considered as the “Father of the Pantayong Pananaw.” He developed the Pantayong Pananaw discourse as a response to the westernized perspective of the study of Philippine history and historiography. “Considered as the most theoretically advanced and productive in terms of the number of research outputs on the indigenization of the social sciences,” the Pantayong Pananaw introduces a communication-based theoretical innovation on the study of Philippine Historiography. This new model in historiography refers to the “normative speaking context within which scholars in the movement seek to help forge a “national discourse on civilization.” The Pantayong Pananaw wishes to contribute to the “flourishing of a talastasang bayan” or national discourse. Together with the notion of history as salaysay which carries a notion of the nation’s pag-uulat sa sarili or the nation reporting to itself, the Pantayong Pananaw wants to create a venue “whereby the nation can share in one encompassing discourse, one that would lend a sense of kabuuan or “totality,” or a shared understanding of the nation’s history that can give force and direction to a collective vision of the future” (Mendoza, 2007, pp. 267-268).

Pantayong Pananaw came from the words pantayo and pananaw. The term pantayo was derived from the root word “tayo” which means “we,” the plural form of the first person pronoun and the prefix “pan-” which means “for.” While “pananaw” means “perspective” in English. Understood as a single term, Pantayong Pananaw means “A For-Us Perspective.” In 2003, Ramon Guillermo translated Pantayong Pananaw as “a from-us-for-us perspective.” In this new translation, the perspective emphasizes that the “cultural notion is not only the subject and goal of discourse but it is also the source of it” (Mendoza, 2007, p. 268).

Salazar used tayo as basis for the theoretical base of the perspective and not the pronoun kami because according to Salazar, the latter refers to “we-speaking to others” as opposed to the former which means “we-speaking among ourselves.” The Pantayong Pananaw introduces a “closed circuit of interaction,” a context where discourse is carried on by and among Filipinos, without the inclusion or interference of outside participants or dominant perspectives who are unwelcoming to Filipino interests (Salazar, 2007, p. 105). Through this perspective, Filipinos can communicate freely through the use of their own concepts, language, thought patterns, manner of relating, and interests.

Philippine History from the Lens of the Pantayong Pananaw

Salazar believed that prior to the coming of the Spaniards, there was no unified Pantayong Pananaw among the ethnolinguistic groups throughout the Philippines. He examines the creation of the Philippines as a national political entity through the efforts of the Christianized elites who pursued for reforms and the country’s independence during the end of the nineteenth century. He called these elites as the “acculturated group or the ladino class.” These ladinos, Salazar argues, had very complex and intricate transactions and collaborations with the Spaniards. They helped the Spaniards to introduce Hispanic culture into the lives of the Filipino lives by indigenizing and translating Spanish works into the native language.They have privileged status because they acted as cultural mediators during the Spanish period. Ladino class included the Filipino propagandists who sought reform from Spain (Salazar, 2007, p. 107-108). This very same group emerged as the elite class during the American occupation of the Philippines. Today, they include, according to Salazar, the Fulbright scholars and other Filipino intellectuals who were given scholarships by American foundations, the Japanese government and .other foreign countries and institutions. He believes that these scholars continue to discourse in English and use foreign constructs in their researches and studies about the Philippines and Philippine society because they were educated from foreign academic institutions. He argues that these Filipino scholars wrote researches and had academic practice that disregarded Filipino culture in their own ways even if they try to work for the country’s national liberty (Salazar, 2007, 112-114).

The Pantayong Pananaw seeks to bridge the division of society between the elite class, intellectuals, and technocrats and the majority of the Filipino masses who are still silent and voiceless because their main form of discourse is limited to the use of the indigenous languages. The Pantayong Pananaw endeavor to narrow the gap between this “Great Cultural Divide” by first constructing a totality or national consensus or pagbubuo to produce a “shared framework for differently making sense of the past:” The creation of a shared framework can serve as a basis for developing a common future (Mendoza, 2007, p. 269).