Where Freud believed that there were universal biological factors that made people behave in certain ways, Alfred Adler believed that behaviors were based on the individual’s experiences and environmental and societal factors. Personality was determined by the confrontation of love-related, vocational, and societal forces.

Essentially, Adler believed that every person was unique and none of the previous theories could be applied to every single person. It is for this reason that Adler called his theory “Individual Psychology.” Adler’s theory is extremely complex because it covers a wide range of psychological topics; however, the central principle of individual psychology is extremely simple because it follows one notion: striving for success or superiority.

Adler firmly believed that the driving forces behind a person’s actions were the desire for personal gain, which he called superiority, and the desire for community benefit, which he called success. Due to the fact that all people are born with small, delicate, and inferior bodies, we develop a sense of inferiority and attempt to overcome these feelings. People who strive for superiority have little concern for others and are only focused on personal benefit, and are therefore psychologically unhealthy. People who strive for success do so for all of humanity without losing their identity and are therefore psychologically healthy.

Inferiority Complex: A wholly or partly unconscious sense of inferiority, or feelings of lack of worth. The overcompensation of these feelings can lead to neurotic symptoms.

Superiority Complex: Suppressing feelings that exist in an attempt to conquer an inferiority complex.

According to Adler, an individual’s personality traits are derived from these external factors:

Alfred Adler introduced the world to ideas that were drastically different than those of Sigmund Freud by focusing on the uniqueness of the individual, instead of simply concentrating on a set of universal biological factors like Freud. By differentiating himself from Freud and his contemporaries, he offered a competing vision of psychological development, especially in children, and established principles that are still considered bedrocks to the modern interpretations of psychology. 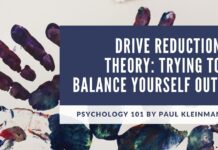 Alfred Adler: It’s All About the Individual

Elcomblus Staff - March 7, 2020
Alfred Adler was born on February 7th, 1870, in Vienna, Austria, to the family of a Jewish grain merchant. Adler had suffered from rickets...