Dr. Ivan Pavlov was able to establish these ideas by observing the irregular secretions of nonanesthetized dogs. Pavlov initially began studying digestion in dogs by measuring the amount of saliva that the animals had when both edible and nonedible items were introduced.

Eventually, he began to notice that the dogs would begin salivating every time an assistant entered the room. Believing that the animals were responding to the white coats the assistants wore, Pavlov hypothesized that this production of saliva was actually in response to a certain stimulus, and that these dogs were associating the white coats with the presentation of food. Furthermore, Pavlov noted, the production of saliva that occurred when food was presented to the dogs was an unconditioned reflex, while the production of saliva that was a result of the dogs seeing the white coats was a learned, or conditioned, reflex. To dig deeper into his findings, Pavlov set out to create one of the most famous scientific experiments of all time: Pavlov’s dogs.

FOR WHOM THE BELL TOLLS: CONDUCTING THE CONDITIONED RESPONSE EXPERIMENT 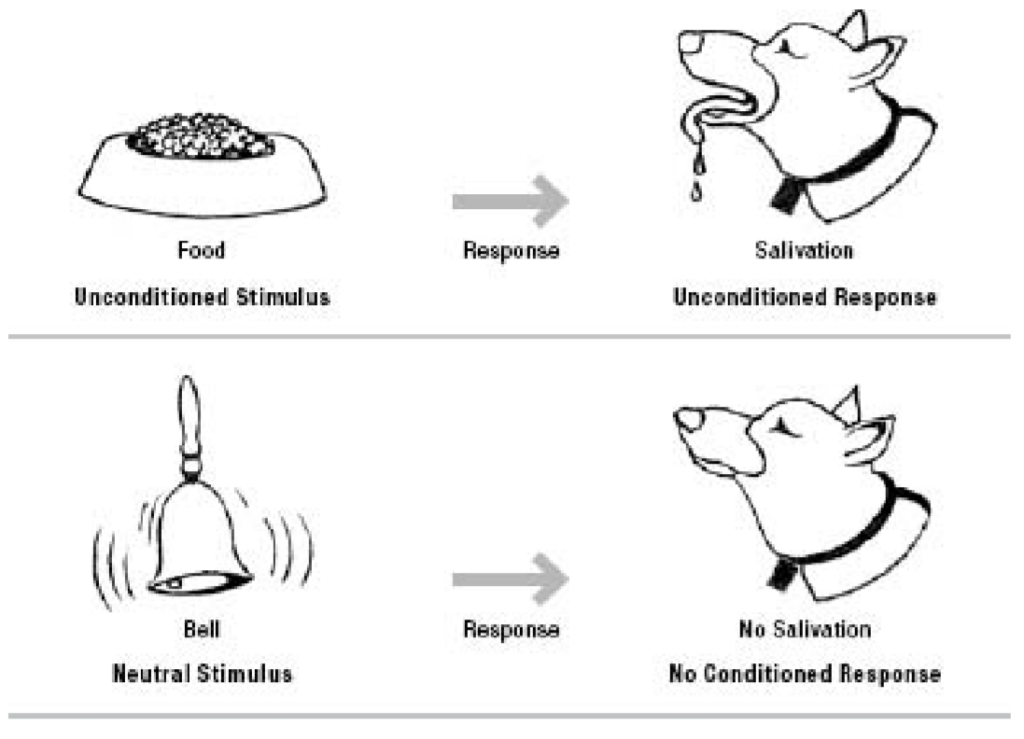 Classical conditioning was Ivan Pavlov’s most famous and influential work, and it laid much of the groundwork...

Even though he is most well known in popular culture for his famous dogs, the importance of Pavlov’s research goes far beyond the production of saliva. His revelations on conditioning and learned responses have played a major role in understanding behavioral modification in humans, and in advancing the treatment of such mental health issues as panic disorders, anxiety disorders, and phobias.