This post covers two macrolevel approaches in the Social Sciences. These approaches are structural functionalism and institutionalism.

Structural functionalism is “a framework for building a theory that sees society as a complex system whose parts work together to promote solidarity and stability” (Macionis 2007, 15). Such parts of the whole system may vary in terms of functions but they are all related to each other. Interdependent as they are, they all have one goal and that is to maintain or keep the whole system, at least in its present form. It follows therefore that the working of one part would have effects on the other parts.

Structural functionalism was developed by Talcott Parsons in the 1930s under the influence of the works of Max Weber and Emile Durkheim (McMahon 2015). It emphasizes social structure, any relatively stable pattern of social behavior” and social functions, “the consequences of any social pattern for the operation of society as a whole” (Macionis 2007, 15). Examples of social structure are the family, government, religion, education, and economy. Social structure shapes our lives in various contexts such as the family, the workplace, classroom, and community; and all social structure functions to keep society going, at least in its present form (Macionis 2007). 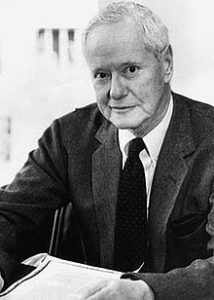 In his classification of social functions into manifest or latent, Merton recognized that the effects or outcomes of social structure are not all necessarily good and not necessarily good for everyone. He coined the term “social dysfunction.” A social dysfunction is “any social pattern that may disrupt the operation of society” (Macionis 2007, 16).

What causes social dysfunction? The lack of consensus among peoples in a given polity or society about what is helpful or harmful to society is a key feature of every society or polity. Differences in backgrounds or status, for instance, may lead to differences in recognition and appreciation of what is functional or not to particular individuals or groups of peoples. In a capitalist order, for example, high profits for factory owners can be seen as dysfunctional for factory workers as they receive low wages (Macionis 2007, 16).

The structural-functional approach built on the following premises:

To maintain the equilibrium of the system, Parsons identified four imperatives for societies to survive, which he called the AGIL model, the acronym stands for the first letter of each of these four imperatives. These are:

In response to these criticisms, some social scientists revert to structural functionalism as it offers a valid explanation of consensus, which supports the concept of social order (McMahon 2015). Others made a critical response. They developed the social-conflict approach (Macionis 2017). In the social sciences, Marxism is an example of this social-conflict approach in the Social Sciences.

The study of political institutions was dominant within political science in Britain and the US in the early twentieth century. Until the 1950s, institutionalism enjoyed a privileged status within the discipline—its assumptions and practices as well as its methodological and theoretical premises were rarely questioned. let alone subject to the behavioralist critique (Lowndes 2002).

To quote Rhodes (1995, 43), “If there is any subject matter at all that political scientists can claim exclusively for their own, a subject mater that does not require acquisition of the analytical tools of sister fields and that sustains their claim to autonomous existence, it is, of course, formal-legal political structure.”

As a method, the traditional or classic institutional approach is “descriptive-inductive, formal-legal, and historical-comparative.” It is descriptive because it employs the techniques of the historian and explores specific events, eras, people, and institutions and inductive because inferences are drawn from repeated observations (Rhodes 1995, 43).

As such, the classic institutional approach systematically describes and analyzes phenomena that have occurred in the past and explain contemporary political phenomena with reference to past events. The goal is to explain and understand but not to formulate laws (Kavanagh 1991, 482 in Rhodes 1995, 42).

The classic or traditional institutional approach is also comparative. Woodrow Wilson (1989, xxxiv in Rhodes 1995, 45) argued that one’s “institutions can be understood and appreciated only by those who know other systems of government . . . By the use of a thorough comparative and historical method . . . a general clarification of views may be obtained.”

As a theory, the classic or traditional institutional approach does not only make statements about the causes and consequences of political institutions. It also espouses the political value of democracy (Rhodes 1995).

Proponents of the approach treat the functioning and fate of democracies (dependent variable) as a function of, or influenced by legal rules and procedures (independent variable). Moreover, the approach offers an opportunity for infusing into the empirical study of politics the analysis clf political values (Rhodes 1995). Influenced by the political philosophy of Michael Oakeshott, Johnson (1975, 276-7 in Rhodes 1995, 47) describes the rationale for the study of political institutions in the following manner:

political institutions express particular choices about how political relationships ought to be shaped; they are in the nature of continuing injunctions to members of a society that they should try to conduct themselves in specific ways when engaged in the pursuit of political ends. This is to define political institutions as necessarily containing a normative element.

Critics to the classic or traditional approach attack the approach’s limitation both in terms of scope and method. Peters (1999,6-11 in Lowndes 2002, 92) describes the ‘proto-theory’ of the traditional approach as “normative (concerned with ‘good government’), structuralist (structures determine political behavior), historicist (the central influence of history), legalist (law plays a major role in governing) and holistic (concerned with describing and comparing whole systems of government) (Lowndes 2002,
92)

Similarly, Roy Macridis, a comparativist in political science, critiques the approach’s subject matter and method while focusing on the study of comparative government. He claims that, comparative government was `excessively formalistic in its approach to political institutions’, did not have ‘a sophisticated awareness of the informal arrangements of society and of their role in the formation of decisions and the exercise of power’; was ‘insensitive to the nonpolitical determinants of political behavior’; was ‘descriptive rather than problem-solving, or analytic in its method’; was insensitive to hypotheses and their verification; and therefore, was unable to formulate a comparative `political theory of dynamics’ (Macridis 1963, 47-8 in Rhodes 1995, 48).

The historical methods and legal analysis of the classic institutional approach are inadequate. Historical methods cannot explain systematically the structure and behaviour of governments due to its focus on the unique. The gap between the formal statements of the law and the practice of government renders legal analysis ineffective (Rhodes 1995).

David Easton, the most influential critic of the traditional study of politics, found the classic institutional approach wanting on two grounds.

First, the analysis of law and institutions could not explain policy or power because it did not cover all the relevant variables (Easton, 1971, ch. 6) Second, ‘hyperfactualism’, or ‘reverence for the fact’ (p. 75), meant that political scientists suffered from ‘theoretical malnutrition’ (p. 77), neglecting the general framework within which these facts could acquire meaning (p. 89) (Rhodes 1995, 49).

Other critics noted that the approach was concerned with the institutions of government, and yet operated with a restricted understanding of its subject matter. Its focus was on formal rules and organizations rattler than informal conventions and on official structures of government rather than broader institutional constraints on governance (within and outside of the state (Lowndes 2002).

The bureaucratic agency, the legislative committee, and the appellate court are arenas for contending social forces, but they are also collections of standard operating procedures and structures that define and defend interests. They are political actors in their own right (March and Olsen 1984, 738 in Lowndes 2002, 94 and Rhodes 1995, 53).

New institutionalists argue that institutions do matter. In their seminal article on new institutionalism, March and Olsen (1984) emphasized the central value of institutions vis-a-vis individual choices in explaining political phenomena. They argue that political behavior is “embedded in an institutional structure of rules, norms, expectations and traditions that several limited the free play of individual will and calculation” (March and Olsen 1984, 736). Burnham et al., (2004, 18) captures it succintly: “political phenomena could not be simply reduced to the aggregate consequences of individual behavior; rather, “the choices that people make are to a significant extent shaped by the institutions within which they operate.”

There are several variants of new institutionalism reflecting the divide between ‘normative’ approaches and a new, more sophisticated version of rational choice.

Normative institutionalism argues that political institutions influence actors’ behavior by shaping their ‘values, norms, interests, identities and beliefs’ (March and Olsen 1989:17). Hence ‘normative’ refers to a concern with norms and values as explanatory variables (owing much to the traditions of sociological institutionalism), and not to ‘normative theory’ in the sense of promoting particular norms.

Rational choice institutionalism denies that institutional factors `produce behavior’ or shape individuals’ preferences, which they see as endogenously determined and relatively stable (favoring utility maximization). Political institutions influence behavior by affecting ‘the structure of a situation’ in which individuals select strategies for the pursuit of their preferences (Ostrom 1982: 5-7). Institutions provide information about others’ likely future behavior, and about incentives (and disincentives) attached to different courses of action (Lowndes 2002, 95).