Kronos, Titan son of the earth goddess Gaia and the sky god Ouranos, proved every bit as possessive a patriarch as his father had been. After just one generation, a dismal pattern of godly conduct was emerging; just as Ouranos had dominated Gaia, Kronos required his wife and sister Rhea to be exclusively and endlessly available to him in order to meet his sexual needs. No one else, least of all his children, would be allowed to compete for her attention. Having deposed his own father to become king of the Titans, Kronos knew how dangerous it was to let a child grow in envy and rage.

Determined that no one should pose such a threat to him, Kronos ensured that the children Rhea bore him were destroyed just as quickly as they were conceived. As soon as she gave birth to a new baby, he would swallow it whole. Hestia, the first child that Rhea bore, was gone in a single gulp, before her mother could even cradle her in her arms. Another daughter, Demeter, soon followed: she too was swallowed promptly. Hera, the third daughter, went the same way, and Kronos’s sons fared no better. First came Hades – bolted down before he could utter his first helpless cry – swiftly followed by the next son, Poseidon, who met the same fate.

The despairing Rhea finally turned to her mother, the elderly Gaia, and her neutered father Ouranos, for help. Together they hatched a devious plan to save their daughter’s next child.

Switched with a stone

Rhea followed her parents’ advice. As soon as she had given birth to Zeus, the last of her sons, and before his father Ouranos had a chance to see him, she hid the baby away. Then she wrapped a stone in swaddling clothes and handed it to her unsuspecting husband in place of the infant.

Kronos, in his rapacious greed, did not even look at the bundle before he tipped back his head, opened his mouth wide, and dropped it in. The “baby” tumbled straight down into his stomach, ready to join the jostling crowd of children already there. Unknown to Kronos, they had all survived in the deep darkness of his belly. There they grew in size and resentment.

Brought up in safety

Meanwhile, Rhea, on the recommendation of the child’s grandmother, Gaia, spirited the infant Zeus away, carrying him across the sea to the fertile island of Crete. There, in a concealed cave on the thickly wooded slopes of Mount Ida (now known as Psiloritis, the highest mountain on Crete), Rhea left her son in the care of a warlike tribe called the Kouretes. They, in turn, gave the baby to a nymph named Adamanthea (Amalthea in some sources), who nursed Zeus in secret. According to Hesiod, the nymph was frightened that Kronos – thanks to his universal authority over the earth, sea, and sky – would be able to see where his son was being hidden. To prevent Kronos from finding him, she hung Zeus from a rope that dangled between the earth and the heavens but was in neither one realm nor the other.

Adamanthea cared for Zeus and nursed him with milk from a herd of goats that grazed nearby. Whenever the baby gurgled, squealed, or cried, the Kouretes danced and chanted to disguise the sound. As a result, Kronos was completely unaware that his youngest son was still alive.

In no time at all, it seemed, Zeus grew to manhood. He was hungry for revenge against his cruel father. Yet, if Zeus was ever to emerge from hiding, some sort of showdown between them would be inevitable. Kronos could not afford to let a potential usurper live. If he became aware of Zeus’s existence, he would view his son only as a threat to his power.

Kronos’s fear of being usurped was fully justified. When he finally met his son, whom he believed to be dead, he was forced to yield to Zeus in the most brutal way: Zeus simply turned up one day and, with the help of his grandmother, Gaia, ambushed his father. He kicked Kronos violently in the stomach and forced his father to vomit up the contents of his stomach. First to emerge was the stone Kronos had swallowed, believing it to be the infant Zeus. The young god took this stone and set it upright in the earth as a monument to Kronos’s cruelty, and a symbol of his triumph over the wicked god.

Zeus placed the stone at the omphalos or “navel” of the Greek ancient world – at Delphi, in the very centre of Greece. In future ages, the stone would become a shrine, renowned for its oracle. Pilgrims would visit it to seek the guidance of the priestess, or Sibyl, regarding their personal problems, and the Sibyl would provide them messages of wisdom, which were said to come directly from the gods.

After vomiting up the stone, Kronos began to disgorge his offspring. One by one, Zeus’s elder brothers and sisters came out of their father’s mouth – no longer babies, now, but fully grown. Once reborn, they became the Olympian gods and were revered for their powers.

Soon after their rebirth, the sons and daughters of Kronos went to war with the mighty Titans for control of the cosmos. After their victory, the gods set up their seat of power on Mount Olympus and drew lots to decide who would take which role in ruling the universe. The three sons of Kronos divided the cosmos up between them; one would take control of the sky, another would have the sea, and the third would preside over the Underworld. Zeus, whose weapon of choice was the thunderbolt, became ruler of the sky and leader of all the Olympian gods.

Hades, the first son to be born, and the last to be regurgitated, became lord of the Underworld. His name came to stand for both the deity and his unseen realm, where souls go after death. Hades was not happy to have been allocated this dismal domain, but there was nothing he could do about it. Meanwhile, Poseidon, who had been the tiniest baby, became the almighty “Earth-Shaker”, the god of the sea in all its awesome power.

The three female children of Kronos also had important roles to play. Hestia, goddess of the hearth, ruled over people’s domestic life. As goddess of the harvest, Demeter was a life-giver to the worshippers who relied on her annual bounty. She proved a fickle protectress, however, ready not just to cross swords with her siblings but to withhold favours from humankind at any perceived slight.

Hera’s role was more prominent than that of her sisters, and she became the foremost female deity following her marriage to her brother Zeus. To her great dismay, however, Hera never quite received the recognition and honours she expected as the queen of the gods. As the goddess of women and marriage, Hera was supposed to represent the archetypal wedded state, but she became known for her marital troubles.

Aphrodite was the only member of this first generation of Olympians who was not a child of Kronos and Rhea; some accounts suggest she was the daughter of Zeus, but Hesiod, Pausanius, and Ovid all described her as Kronos’s sister who was born from sea foam after the castration of Ouranos. Despite being the same generation as Kronos and Rhea, she was always considered an Olympian, rather than a Titan, and one of the gods and goddesses who eventually made up the Dodekatheon – the 12 most important Olympians in the Greek pantheon. The Dodekatheon included Zeus, Demeter, Hera, Poseidon, and Aphrodite from the first generation of Olympians. The hearth goddess Hestia was not among them, as she later chose to live on earth to avoid her siblings’ squabbles; Hades, similarly, was not included because he resided permanently in the Underworld.

After the war between the gods and the Titans established the Olympians as rulers of the cosmos, the first generation of gods went on to have many children. Many of the gods and other figures in Greek mythology were children of Zeus.

Of the second generation of gods, several joined the Dodekatheon, and were powerful deities in their own right. The gods Apollo, Ares, Dionysus, Hephaistos, and Hermes all joined the ranks of Zeus and his siblings on Mount Olympus, as did the goddesses Artemis and Athena. The Dodekatheon met as a council to discuss matters in their ruling of the cosmos, and Dionysus, god of wine, attained his seat at the table only after Hestia left Olympus to reside on Earth.

The Olympian gods were all too human in their personalities, and often lacked the lofty transcendence of the supreme beings in later religions. In a dramatic soap opera of fierce rivalries and petty spats, their actions were influenced not by a desire to work for the good of humankind, but by their own selfish desires and whims. The Greeks therefore did not worship the gods by attempting to emulate them, instead treating them as they might a powerful human ruler, by offering sacrifices and celebrating the deities at regular festivals. At its core, this was a system of exchange: people offered gifts to the gods in the hope that the gods would give them what they asked for. The gods often rewarded mortals who treated them well and showed them the appropriate deference and respect.

Zeus and his siblings could be needlessly cruel and were often subject to jealousies and petty fights. His brothers Poseidon and Hades often used humans as pawns in these squabbles, which usually stemmed from a reluctance to accept the supreme god’s authority as unquestionable.

Still more reluctant was his sister Demeter, a strong-willed deity in her own right. After she was pursued and raped by Poseidon, and Hades abducted her daughter Persephone, Demeter wreaked havoc across the world. Infidelity, too, was a major theme in all Greek myths – not just in the affairs (and assaults) committed by Zeus that riled the jealous Hera.

Despite their power, in many ways Greek deities appear to have an intermediate status, hovering somewhere between the spiritual and the real. Their attributes reflect the countless aspects of Greek everyday life in which the gods played an implicit part. All the gods had specific areas of influence, such as Zeus and Athena, who were among the theoi agoraioi (gods of the agora – the marketplace and people’s assembly). Both Zeus and the goddess Hestia were also gods of the home (theoi ktesioi). Hestia, Dionysius, and Aphrodite were among the theoi daitioi, who presided over feasts and banquets.

The gods themselves also needed sustenance. According to Greek tradition, they lived on a diet of nectar and ambrosia, carried up Mount Olympus by doves. To later belief systems, the notion that deities needed material sustenance seems at odds with their divinity. Ancient Greek authorities, however, agreed on the importance of this nourishment for the gods to empower and sustain them. 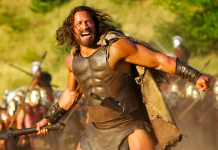 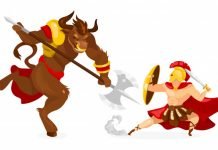 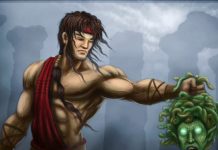 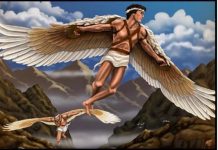 Elcomblus Staff - October 24, 2020
He was the third brother among the Olympians, who drew for his share the underworld and the rule over the dead. He was also...