Rational choice theory (ACT) is a powerful tool in making sense of why people act or behave in the way they do. Nonetheless, it is not a comprehensive theory that can fully account for one’s behavior or action. According to Elster 1989 (in Ward 2002, 65), “(t)he essence of rational choice theory is that ‘when faced with several courses of action, people usually do what they believe is likely to have the best overall outcome.” Individuals’ actions are based on their preferences, beliefs, and feasible strategies (Ward 2002). But as Ward (2002, 65) observed, rational choice theory “needs other perspectives to help explain why individuals have the interests they do, how they perceive those interests, and the distribution of rules, powers, and social roles that determine the constraints on their actions.”

The beginnings of rational choice theory (RCT) can be traced back to the behavioral revolution in American political science of the 1950s and the 1960s (Ward 2002) instigated by behavioralists or scholars following the behavioral tradition or persuasion, and hence, the name behavioral movement.

The behavioral movement was strongly influenced by the positivist tradition in the social sciences, in particular, by the writings of August Comte in the nineteenth century and the logical positivism of the ‘Vienna Circle’ in the 1920s. Behavioralists adopt the view of positivism about the nature of empirical theory and explanation. In contrast to other social scientists, behavioralists believe that: “(a) observable behavior, whether it is at the level of the individual or the social aggregate, should be the focus of analysis; and (b) any explanation of that behavior should be susceptible to empirical testing” (Sanders 2002, 45).

The RCT has become a dominant approach to political science at least in the US. But while it traces its beginnings to the behavioral movement, “rational choice theory draws on the methodology of economics in contrast to behavioralists who drew on sociology or psychology” (Ward 2002, 65).

Using similar methods as in standard microeconomics, it is the economists who carried out largely early work in rational choice theory. The most important tool used is the game theory. Central to the game theory is strategic interdependence, a situation where others’ choice of strategy affects an individual’s best choice and vice versa (Ward 1995).

Rational choice theorists’ explanations of individual actions and the outcomes they lead to are anchored on three pillars, namely, (1) strategies or courses of action open and available to them, (2) their preferences over the end-states to which combinations of actions chosen by the various players lead, and, (3) their beliefs about important parameters such as others’ preferences. In making predictions, rational choice theory proceeds by applying logic and mathematics to a set of assumptions. These assumptions may include axioms about rational behavior as well as auxiliary assumptions about the context that players find themselves in (Ward 2002).

A central feature of rational choice theories is the predominant focus on the individual as the actor making the decisions (Lalman et al. 1993, 81). An assumption of the mainstream variant of RCT is that “individuals have all the rational capacity, time, and emotional detachment necessary to choose the best course of action, no matter how complex the choice” (Ward 2002; 1995). Rational choice theorists try to explain political phenomena by using the behavioral conjecture that actors are rational, that is, they make purposive, goal-seeking choices based on their own preferences, are able to rank alternatives from best to worst, and choose according to what is best for them given their own preferences or tastes (Lalman et al. 1993, 79).

The quote below captures succinctly this feature of rational choice theory.

Nonetheless, rationality in itself is silent about whether the preferences of an individual are benevolent or evil. RCT does not explain where preferences come from and how these are mediated or negotiated. RCT only assumes that individuals pursue self-serving goals by doing a rational calculation of what is strategically best among alternatives to achieve their goals. This implies a cost-benefit analysis of alternatives and strategies.

As it exemplifies the deductive-nomological approach to explanation (Ward 2002), RCT enjoys the advantages associated with this method. Some of these advantages include:

It forces you to be explicit about assumptions that are often left implicit in verbal arguments.

It provides a ‘positive heuristic’ (Lakatos 1978)—a set of categories that help in constructing explanations, a set of exemplary examples of good explanations to emulate, and suggestions about fruitful lines of research.

It provides a unified framework of explanation across different fields of the social sciences and across subdisciplines, allowing cross-fertilization of ideas and a viewpoint from which common patterns can be seen across diverse phenomena.

Even in circumstances in which action is irrational, it provides a standard against which action can be judged and indicates variables that might lead to departures from rationality (Mansbridge 1990b, 20 in Ward 2002, 70).

Nonetheless, RCT has been the target of criticisms not only from political science but also from other disciplines in the social sciences. Ward (1995 & 2002) grouped these criticisms into four modes, namely, (1) the ‘heretics” critique who wish to emphasize bounded rationality; (2) the sociologists’ critique of RCT’s tendency to play down the social structure and holistic modes of explanations; (3) the psychologists’ critique of RCTs main assumption that individuals often act rationally; and (4) critique from mainstream political science on the basis of the implausibility of the assumptions made and the predictive failures of the model. 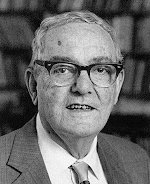 Drawing on the work of Herbert Simon on bounded rationality, some rational choice theorists question the highly implausible assumptions of RCT about the rational capacity of individuals. Given limited information, time, and cognitive capacity to process information, Simon believes that individuals use standard operating procedures as a heuristic device and as a shorthand guide to rational action. For Simon, an action is procedurally rational if it is based on beliefs that are reasonable given the context the actor is in (Ward 2002 & 1995).

Since individuals can not have all the rational capacity, time, and emotional detachment necessary to choose the best course of action, individuals resort to a range of heuristics in dealing with any problems. Individuals can copy the methods used by those who are more successful. They can rely on communication and others’ reputations for trustworthiness and adopt norms of appropriate behavior which there are intangible costs to violating (Ward 2002).

In contrast to rational choice theorists, sociologists believe “that individual behavior is largely a function of social structures” and not based on individual choice (Ward 2002 & 1995, 74). Sociologists find it implausible that individuals are fully autonomous. For instance, structural factors can shape decisions made by individuals. These may include social norms, ideologies, as well as rules and conventions.

Sociologists recognize that individual behavior can be driven by social norms understood as deriving from society’s need for system integration as well as by structures of belief, such as ideologies. They argue that action can only be seen as rational or irrational within the context of a particular system of meaning, hence, symbolic and ritual action become important in human actions (Ward 2002).

Even collective actors in processes of deliberation with the end goal of achieving given ends are influenced by structural factors. The processes that produce decisions and actions of collective actors can be strongly influenced by “rules and conventions used to categorize problems; paradigmatic filters biasing the use of incoming information; limited efforts to search for available solutions; pressures to appear consistent, even at the cost of failures of goal attainment; the upgrading of means into ends in themselves; and other organizational pathologies (March & Olsen 1984 and Hindess 1988 in Ward 2002, 78).”

Moreover, psychologists also attack RCT’s claim that individuals have all the emotional detachment necessary to choose the best course of action. Emotions and unconscious drives make the level of detachment highly unlikely. Individuals often make decisions based on consistency with past actions, reduction of strains within the individual’s belief system (cognitive dissonance) or normative orientation than through a calculation of the most efficient means to given ends (Ibid. 80).

Finally, many political scientists point to the poor empirical record of RCT (Ward 2002) and its implausible assumptions and failure in predictive terms (Ward, 1995). They argue that many of the variables in rational choice models, notably preferences, are not directly measurable, and that rational choice theorists, in their desire to generate a universally applicable model of politics, evade and ignore contrary evidence (Ward 2002).