Symbolic Interactionism: A Microlevel Empirical-Analytical Approach in the Social Sciences

Symbolic interactionism is a sociological framework that focuses on the different meanings individuals attach to objects, peoples, and interactions as well as the corresponding behaviors that reflect those meanings and/ or interpretations. It is a framework that actualizes the nature of humans to make sense of their actions and interactions through external cues from their everyday life and environment (Vejar 2015). George Herbert Mead was an influential figure in the field of symbolic interactionism. Gestures, according to him, are important in communication. When we interact with others, our posture, tone of voice, voice inflections, as well as hand and facial movements convey significance. They can either accentuate or contradict that which we are verbally stating (Vejar 2015). 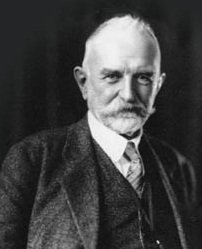 Mead’s central concept is the self, “the part of an individual’s personality composed of self-awareness and self-image” (Macionis 2007, 124). The process of self-discovery or self-development is enacted by the usage of gestures threefold through the play stage, the game stage, and through a stage called generalized other. The term ‘generalized other’ refers to “widespread cultural norms and values we use as a reference in evaluating ourselves” (Macionis 2007, 126). Verja (2015, 3-4) describes each stage.

In the play stage, young children identify with key figures in their environments, such as the mother or father, as well as occupational or gender-specific roles to which they have been exposed (e.g., police officer, nurse) and replicate the behavioral norms that correspond with such roles. A young boy might sit on the edge of the bathroom counter, attentive to the way in which his father goes about shaving, and emulate this action by scraping the edge of a blunt object across his own face.

During the game stage, children extrapolate from the vantage point of the roles they have simulated by assuming the roles that their counterparts concurrently undertake. While engaging in a team sport, for example, it behooves a child to conceptualize the roles of his teammates and opponents in order to successfully maneuver throughout the game within his own particular position. As people developmentally evolve, their anticipation of the generalized other helps them construct morally sound and appropriate behavior, such as the employee who arrives promptly to work in order to avoid scrutiny from his colleagues. Moreover, self identity continuously fluctuates between the /, which is the impulsive, automatic, “knee-jerk” responses we have to stimuli (Lane, 1984), and the me, which is the socially refined reactions that were instilled through the process of adopting social standards (Baldwin, 1988).

There are three overarching premises that constitute symbolic interactionism. These three premises are outlined below with examples as concrete illustrations.

The first assumes that meaning is an important element of human existence, a concept that is both subjective and individualistic, and that people consequently act in accordance with the meanings they construe. Imagine the scholar who, upon drawing on the concept of a book (i.e., object ), generates stimulating and intellectual constructs. Meanwhile, someone who struggles academically may harbor feelings of fear and resentment toward that object. A dyadic conversation (i.e., interaction) may consist of one person disclosing emotionally-laden personal accounts to a person who is furrowing his brow. Interpretations derived from such a nonverbal gesture can be varied, and the speaker might either conclude that he has an attentive audience, or that he is being critiqued. Another example shows how the role of “parent” (i.e., people) might generate the image of a warm, nurturing, and supportive role model to one person, while eliciting visualizations of an autocratic and punitive figure to another.

A second premise asserts that people identify and mold their unique symbolic references through the process of socialization. This postulation suggests that people are not inherently equipped with interpretive devices that help navigate through the complex realms of human behavior. Through the act of establishing an intricate series of relationships they come to certain symbolic determinations, which create a sturdy platform on which subsequent behavior is structured. When a young child engages in pleasant behavior that causes his parent to smile, he equates the concept of “good behavior,” with that of “a specific facial expression resulting in an upturned mouth.” As the child encounters pleasurable deeds throughout the course of his life, he will be prompted to implement the symbolic demonstration (i.e., a smile) he initially corresponded with such acts.

Behaviors are adopted through an obscurely subtle learning process, and the third tenet of symbolic interactionism affirms that there is a cultural dimension that intertwines the symbolic “educational” development. For example, in conversation, the amount of physical space in which we distance our bodies has culturally symbolic significance (Rothbaum, Morelli, Pott, & Liu-Constant, 2000). Likewise, greetings in the form of demonstrative affection, such as hugs and kisses can be warmly regarded by one culture, and deemed as the obstruction of personal space and the crossing of inappropriate boundaries by another (Graham, 2007) (Vejar 2015, 1-2).

As a theoretical perspective. symbolic interactionism is not known for homogeneity, parsimony or consensus among its practitioners. Four of the most prominent contemporary varieties of symbolic interactionism include the Chicago School, the Iowa School, the dramaturgical approach, and ethnomethodology. All these four schools of thought or orientations share the view that human beings construct their realities in a process of social interaction, and agree on the methodological implication of such, that is, the necessity of “getting inside” the reality of the actor in order to understand what is going on (Gecas 1980, 1458).

Nonetheless, the four varieties of symbolic interactionism differ significantly in terms of purpose and methodology. The most glaring difference exists between the Chicago School with a positivist orientation and the Iowa School with a humanistic orientation. Such difference reflects a basic divergence in purpose and methodology in the discipline of Sociology (Gecas 1980). 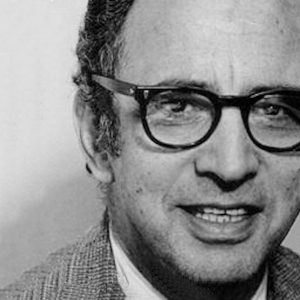 Following a positivist orientation and with Thomas Kuhn as its chief progenitor, the Chicago School aims at prediction and unity of method for all the sciences. Adopting a humanistic orientation, the Iowa school under the influence of Herbert Blumer strives for understanding and a distinctive method for sociology, one that is based on “sympathetic introspection.”The two other contemporary varieties of symbolic interactionism, namely, Goffman’s dramaturgical approach and Garfinkel’s ethnomethodology, are both more aligned with the positivist Chicago School (Gecas 1980, 1458).

The disagreement between the Chicago School and the Iowa School reflects not only the positivist-humanistic debate in symbolic interactionism, but by extension, the objectivist-subjectivist dichotomy and debate not only in Sociology but also in the Social Sciences.

The debate between subjectivist (humanist) and objectivist (positivist or neopositivist) orientations toward human behavior and social processes is long-standing. The debate has been between those who focus on the (humanistic) subject matter of the social sciences and those who call for the same (scientific) method for all the sciences, both natural and social. The debate has not only divided each of the social sciences, it has also divided many of the subfields within these sciences, subfields such as social psychology (Warshay & Warshay 1987).