Theme of Mark Twain’s The Adventures of Tom Sawyer 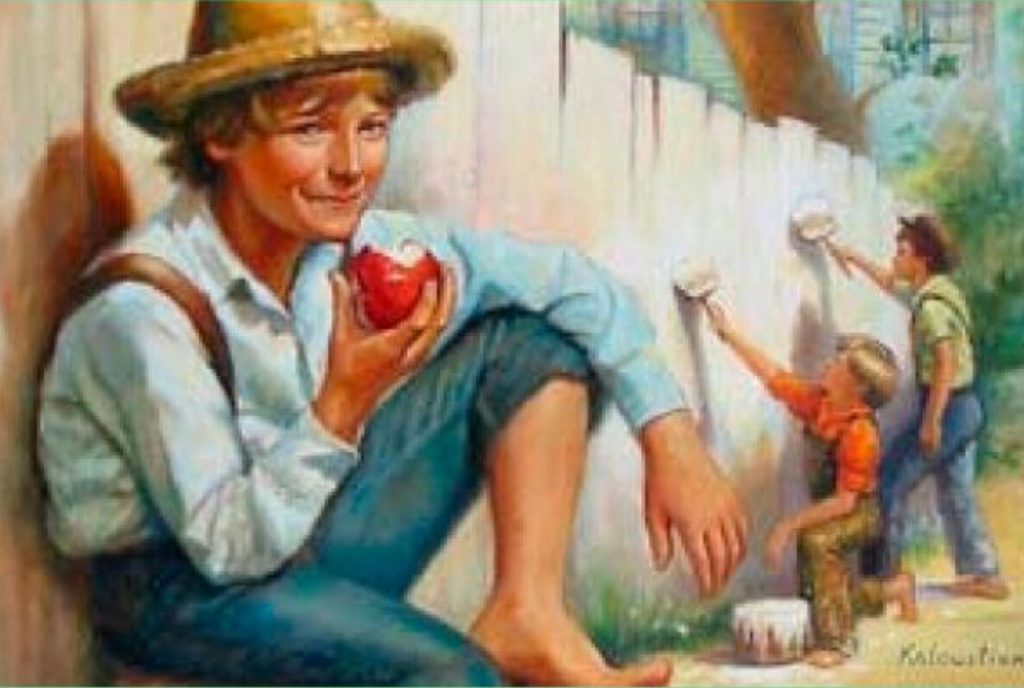 The Adventures of Tom Sawyer

Initially, Tom was one who engages himself in childish adventures and make-believe games who often initiate fun things to do as a child would usually do most of the days of his life. But as the story progresses, he is able to make more wise decisions and is able to think more rightfully in dealing with the situations around him. Tom carries himself, Joe, Huck, and Becky, when they were lost in the cave, into more dangerous circumstances. Through all these difficulties, he, together with his friends, was able to overcome those successfully carrying ethical concerns towards others. As Tom begins to take initiative to help others instead of himself, he shows his increasing maturity, competence, and moral integrity.

We can note that Tom’s adventures to Jackson’s Island and McDougal’s Cave took him away from society. These symbolic removals help to prepare him to return to the village with a new, more adult outlook on his relationship to the community. It was the time where they were able to think more of the problem at hand and came up with an idea to bring justice towards Dr. Robinson’s death and Muff Potter’s arrest.

Though earlier in the novel we see Huck as much older and wiser, by the end of the novel, Tom’s maturity has surpassed Huck’s.

Tom’s personal growth is evident in his persistence, in the face of Huck’s desire to flee all social constraints, that Huck stays with the Widow Douglas and become civilized.

There is the presence of complication in Tom’s position on the border between childhood and adulthood by ridiculing and criticizing the values and practices of the adult world toward which Tom is heading. Twain’s harshest satire exposes the hypocrisy and often the essential childishness of social institutions such as school, church, and the law, as well as public opinion. He also mocks individuals, although when doing so he tends to be less offensive and focuses on flaws of character that we understand to be universal.

Twain shows that social authority does not always operate on wise, sound, or consistent principles and those institutions fall prey to the same kinds of mistakes that individuals do. In his depiction of families, Twain shows parental authority and constraint balanced by parental love and indulgence. Though she attempts to restrain and punish Tom, Aunt Polly always relents because of her love for her nephew. As the novel proceeds, a similar tendency toward tolerance becomes apparent within the broader community as well. The community shows its indulgence when Tom’s dangerous adventures provoke an outpouring of concern wherein the community is perfectly ready to forgive Tom’s mistakes if it can be sure of his safety. Twain ridicules the ability of this collective tendency toward generosity and forgiveness to go overboard when he describes the town’s sentimental forgiveness of the villainous Injun Joe after his death.

The games the children play often seem like attempts to subvert authority and escape from conventional society. Skipping school, sneaking out at night, playing tricks on the teacher, and running away for days at a time are all ways of breaking the rules and defying authority. Yet, Twain shows us that these games can be more conventional than they seem. Tom is highly concerned with imitating the codes of behavior that he has learned from reading, and he outlines the various criteria that define a pirate, a Robin Hood, or a circus clown.

The boys’ obsession with superstition is likewise an addiction to a “contract”, which also mirrors the adult society’s focus on religion. Thus, the novel shows that adult existence is more similar to childhood existence than it might seem. Though the novel is critical of society’s hypocrisy—that is, of the frequent discord between its values and its behavior—Twain doesn’t really advocate rebellion. The novel demonstrates the potential dangers of sabotaging authority just as it demonstrates the dangers of adhering to authority too strictly.

St. Petersburg is an insular community in which outsiders are easily identified. The most notable local outsiders include Huck Finn, who fends for himself outside of any family structure because his father is a drunkard just like Muff Potter who is also a drunk, and Injun Joe, a malevolent individual. Despite the community’s clear separation of outsiders from insiders, however, it seems to have a strong urge toward inclusiveness. The community tolerates the drunkenness of a harmless rascal like Muff Potter, and Huck is more or less protected even though he exists on the outer edge of society. Tom too is an orphan who has been taken in by Aunt Polly out of love and filial responsibility. Injun Joe is the only resident of St. Petersburg who is completely excluded from the community. Only after Injun Joe’s death are the townspeople able to transform him, through their manipulation of his memory, into a tolerable part of St. Petersburg society.

Huck’s exclusion means that many of the other children are not allowed to play with him. He receives no structured education and often does not even have enough to eat or a place to sleep. Twain minimizes these concerns, however, in favor of presenting the freedom that Huck’s low social status affords him. Huck can smoke and sleep outside and do all the things that the other boys dream of doing. Huck received a bonus at the end of the novel when the boys found the treasure. The Widow Douglas’s attention forced Huck to change his lifestyle, something Huck would probably never choose to do on his own. By linking Huck’s acquisition of the treasure with his assimilation into St. Petersburg society, Twain emphasizes the association between financial standing and social standing. Besides, it is an undeniable fact that money has become a criterion towards societal acceptance which in turn reflects the value of the social existence of the person. The price of social inclusion is a loss of complete freedom.

Twain first explores superstition in the graveyard, where Tom and Huck go to try out a magical cure for warts. From this point forward, superstition becomes an important element in all of the boys’ decision-making. The convenient aspect of Tom and Huck’s superstitious beliefs is that there are so many of them, and they are so freely interpretable; Tom and Huck can pick and choose whichever belief suits their needs at the time. In this regard, Twain suggests, superstition bears a resemblance to religion, at least as the people of St. Petersburg practice it.

The humorousness of the boys’ obsession with witches, ghosts, and graveyards identify, to some extent, the real horror of the circumstances to which the boys are exposed: grave digging, murder, starvation, and attempted injury. The relative ease with which they blend in these frightening events into their childish world is perhaps one of the least realistic aspects of the novel.

If the novel were written today, readers would expect extreme harm done to the characters which might lead, in worst cases, to death. The boys negotiate all these horrors because they exist in a world suspended somewhere between reality and make-believe.

Their fear of death is real and prevalent but we also have the sense that they do not really understand death and all of its consequences.