Philosophy of Humor: The Serious Side of Laughter

Free Will: Can We Act Freely?

The Philosophical Themes of Jean-Paul Sartre

The Philosophy of Language

The Philosophies of Thomas Hobbes

The Liar Paradox: The Contradictions of Language

A-Theory: The Past, Present, and Future

The Philosophical Themes of René Descartes

René Descartes: "I think; therefore I am"

The Enlightenment refers to a radical shift in thought that occurred in Europe (particularly France, Germany, and Britain) during the late seventeenth and eighteenth centuries. This movement completely revolutionized the ways in which people viewed philosophy, science, politics, and society as a whole, and forever changed the shape of Western philosophy. Philosophers began to defy tradition and the pre-established thoughts of the ancient Greeks, which opened the floodgates to a new form of philosophical inquiry—one based on human knowledge and reason.

ORIGINS OF THE ENLIGHTENMENT: THE SCIENTIFIC REVOLUTION

The beginning of the Enlightenment can be traced to the 1500s, when the scientific revolution started in Europe. From 500 to 1350, very little had changed with regard to science. Belief systems and teachings were based on the work of the ancient Greeks, and these philosophies had been incorporated into the doctrine of the Catholic Church. When the Renaissance occurred, there was suddenly a renewed interest in the natural world. As people discovered their findings did not match the doctrine of the church (which had, up until that point, been accepted as true), more people began to investigate the world around them, and scientific discoveries relating to the natural world flourished.

This scientific exploration reached its apex during the 1500s and 1600s, in what is known as the scientific revolution. Advancements in science and mathematics from Nicolaus Copernicus, Johannes Kepler, Sir Isaac Newton, and Galileo Galilei not only questioned the work of Aristotle and the church; they made people view nature and humanity in completely different ways. The introduction of the scientific method, which is based on observation and experimentation, allowed scientists to explain various theories through the use of reason and logic, and removed tradition from science. 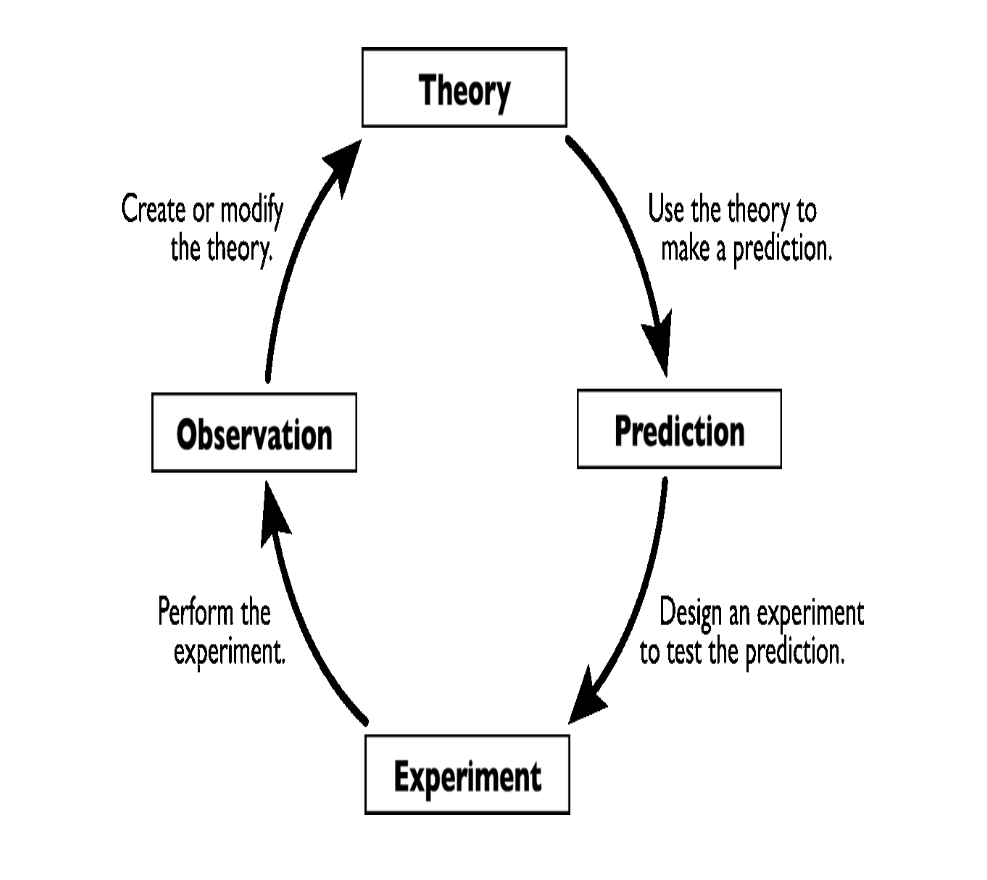 Philosophers during the Enlightenment set out to discover truths about nature, knowledge, and humanity. They did this through several different channels.

During the Enlightenment, skepticism played a key role in many philosophical advancements due to the fact that the very nature of the movement was to question established truths. Philosophers used skepticism as a tool to advance new sciences. When Descartes tried to create a new system of knowledge in his Meditations on First Philosophy, he made a secure foundation by using skepticism to determine which principles could be known as true with absolute certainty. Since the Enlightenment had roots in being critical and suspicious of doctrines, it only made sense for skepticism to influence the philosophies of the thinkers of this time.

The Enlightenment is sometimes referred to as the “Age of Reason,” and empiricism, the belief that all of our knowledge comes from our experiences, played a key role in the history of the movement. While philosophers of this time did not see reason as its own source of knowledge, they explored human cognitive faculties (the abilities of the human mind) in new ways. Perhaps the most influential empiricist to come out of this time period was John Locke, whose most important theory was that the mind is a tabula rasa, or blank slate, at birth and that only when one has experiences does one begin to form knowledge.

The other major empiricist to come out of the Enlightenment was Sir Isaac Newton, who would go on to completely revolutionize science and mathematics (including creating calculus and identifying the existence of gravity). Newton’s research began with observations of phenomena in nature, and he then used induction to find the mathematical principles that would be able to describe such phenomena. As the difference between Newton’s “bottom-up” approach (which started with an observation from a phenomena in nature and then used the process of induction to create a mathematic law or principle, and led to successful results) and the approach of identifying first principles (which was often unending and never seemed to achieve desirable results) became clear, many philosophers during the Enlightenment began to favor the Newtonian method in their efforts to acquire knowledge.

One of the most significant philosophical changes that came about during the Enlightenment was the embracing of rationalism (the notion that we gain knowledge independent of the senses). The work of René Descartes, who attempted to find fundamental truths by assuming propositions to be false and by casting doubt on the senses, was particularly influential. Not only did Descartes question the ideas of Aristotle; he radically changed how one could view knowledge, which made way for new forms of science.

It is from the various questions posed by Cartesian philosophy that Baruch Spinoza, one of the Enlightenment’s most influential philosophers, emerged.

Baruch Spinoza tackled the Cartesian theory of dualism and developed the theory of ontological monism (the notion that there is only one kind of substance, be it God or nature, that has two attributes that correspond to the mind and body). By identifying God with nature and denying the existence of a supreme being, Baruch Spinoza lays the foundation of the naturalism and atheism that can be seen throughout the philosophies of the Enlightenment.

In addition to Descartes and Spinoza, there were several other key philosophers of the Enlightenment that focused on rationalism. In Germany, one of the most influential philosophers was Gottfried Wilhelm Leibniz, who emphasized the principle of sufficient reason— the idea that there must be a sufficient reason for the existence of everything that exists. The principle of sufficient reason plays into the very ideals of the Enlightenment, as it presents the universe as being completely intelligible through the use of reason.

Based on Leibniz’s work, Christian Wolff set out to answer the question of how the principle of sufficient reason could be grounded through the use of logic and the use of the principle of noncontradiction (which posits that a statement can never be true and false at the exact same time). Wolff did so by creating a rationalist system of knowledge, with the goal of showing that first principles, known as a priori, could demonstrate the truths of science. What makes the work of Wolff quintessential to the Enlightenment movement is not that he attempted to use reason to prove his argument; it’s that he attempted to prove his argument using human reason.

During the Enlightenment, modern philosophical aesthetics first appears and flourishes. German philosopher Alexander Baumgarten, who had been a student of Christian Wolff, created and named aesthetics. According to Baumgarten, aesthetics was a science of the beautiful. Baumgarten equates his science of the beautiful with a science of the sensible—therefore, aesthetics was created as a science of sensible cognition. The Enlightenment embraced aesthetics for several reasons: the movement revolved around a rediscovery of the senses and the value of pleasure, and as art and art criticism flourished, the notion of beauty became extremely important among philosophers. The way in which we come to understand beauty, it was believed, reveals information about the rational order of nature.

In Germany during the eighteenth century, aesthetics was largely based on Christian Wolff’s rationalist metaphysics. Wolff was a proponent of the classic principle that beauty is truth. To Wolff, beauty is truth interpreted as feeling pleasure. Wolff sees beauty as that which has perfection. This perfection then leads to harmony and order. When one deems something beautiful (through feelings of pleasure), one is sensing some sort of perfection or harmony. Thus, the sensitive cognition of perfection is beauty. Wolff states that while beauty may relate to the objective features of those things around us, opinions on beauty are relative based on one’s sensibility.

The French outlook on beauty during the Enlightenment was very much inspired by Descartes’s model of the physical universe (deducing knowledge from prior knowledge in order to establish a single principle). Like German rationalism, French classicism based aesthetics on the classic principle that beauty is truth. Truth, for French philosophers, was viewed as objective rational order. Philosophers viewed art as an imitation of nature in its ideal state, and in French classicism, aesthetics was modeled from the science of nature. Like Descartes’s model, philosophers of French classicism attempted to systematize aesthetics in search of a universal principle.

While the basis of aesthetics was formed in France and Germany, some of the most important work regarding aesthetics during the Enlightenment occurred in England and Scotland. Through empiricism and subjectivism, the understanding of aesthetics shifted to the viewer’s understanding of beauty, in which both the experience of and the response to beauty were examined.

One of the major figures of this time, Lord Shaftesbury, agreed with the classic principle that beauty is truth. However, Shaftesbury did not believe this truth to be an objective rational order that one has the ability of knowing. To Shaftesbury, the response to aesthetics is that of a disinterested unegoistic pleasure, meaning it is independent of one’s thoughts on how to promote his own self-interest (this revelation would pave the way for his theory on ethics based on the same idea). He claimed that beauty is a type of harmony that is free from the human mind, and that our immediate understanding of beauty is a form of participation with this harmony.

Shaftesbury then shifted his focus to the nature of one’s response to beauty, and believed that this response elevated one morally, above self-interest. By shifting away from what makes something beautiful and toward the behavior of human nature with regard to beauty, Shaftesbury connected aesthetics with beauty, morality, and ethics and furthered the interest in human nature that had become associated with the Enlightenment.

As the Enlightenment progressed, later philosophers such as Immanuel Kant and David Hume contributed immensely to notions of empiricism and subjectivity, specifically with regard to the role of imagination.

The Enlightenment is perhaps most significant for its accomplishments in politics. During this time, three distinct revolutions occurred: the English Revolution, the American Revolution, and the French Revolution. As philosophers during the Enlightenment began to shift toward thoughts regarding human nature and became critical of established truths from the church and monarchy, the sociopolitical atmosphere also fell under scrutiny.

Sympathizers of these revolutions believed that the political and social authority was based on obscure traditions and religious myths, and they began to spread ideas of freedom, equality, human rights, and the need for a legitimate political system. Philosophers came to not only criticize government; they also created theories on what government should be like. It is here that we see people start to embrace ideas such as the right to religious freedom and the need for a political system with checks and balances. During this time, the political works of John Locke and Thomas Hobbes were the most influential.

As outlooks on politics and society began to change, so too did the way people viewed ethics and religion. With the increase of industrialization and urbanization, as well as the bloody wars fought in the name of religion, people (and certainly philosophers) began to question the motivations behind happiness, morality, and religion. Instead of finding happiness by uniting with God or determining what makes something good based on what one’s religion tells him, philosophers began to turn toward human nature and asked questions like: What would make one happy in this life?

Philosophers of the Enlightenment called for religion to rid itself of superstition, supernaturalism, and fanaticism and advocated for a more rational form. Anger toward the Catholic Church grew, and Protestantism began to grow in popularity. Religion during the Enlightenment began to take on four types:

Philosophy of Humor: The Serious Side of Laughter