During his period of insanity, Nietzsche’s half-sister, Elisabeth Förster-Nietzsche, cared for him. Elisabeth, who had been married to a prominent German anti-Semite and nationalist, selectively published Nietzsche’s writings. Though completely unaware, Nietzsche had taken on celebrity status in Germany and was viewed later as a Nazi icon because what was published was a misleading selection of his work that was then used to promote the Nazi ideology. It was only once World War II ended that the world came to know the true beliefs of Friedrich Nietzsche.

Nietzsche is perhaps most famous for his quote, “God is dead.” During the late nineteenth century, with the rise of the German state and advancements in science, many German philosophers viewed their present-day life with great optimism. Nietzsche, on the other hand, viewed these as troubling times marked by a fundamental crisis in values.

In his book, Thus Spoke Zarathustra, Nietzsche tells the story of a man named Zarathustra who, at the age of thirty, goes into the wilderness and enjoys it so much, he decides to live there for the next ten years. Upon returning to society, he declares God to be dead. From Thus Spoke Zarathustra, Nietzsche argued that the advancements of science made it so that people no longer turned to the prominent sets of values brought about by Christianity, and that there was no longer that powerful grasp on civilization, brought about by Christianity, that determines what makes something good and what makes something evil.

Nietzsche believed that there is always a need for people to identify a source of value and meaning, and he concluded that if science was not that source, it would appear in other ways, such as aggressive nationalism. Nietzsche did not argue that there is a need to return to the traditions of Christianity. Rather, Nietzsche wanted to discover how to get out of this form of nihilism through an affirmation of life.

The Will to Power

Nietzsche’s theory of the will to power can be broken up into two parts.

First, Nietzsche believed that everything in this world is in flux, and that a fixed being simply does not exist. Matter, knowledge, truth, and so on, is always changing, and the very core of this change is something known as the “will to power.” The universe, according to Nietzsche, is made up of wills.

Nietzsche believed that the notion of the ego or soul is simply a grammatical fiction. To Nietzsche, “I” is actually a mix of competing wills that constantly and chaotically try to overcome each other. Since the world is in flux and change is the most fundamental part of life, any attempts at viewing life as objective and fixed, whether in regard to philosophy, science, or religion, are viewed as life-denying.

Therefore, in order to live based on a life-affirming philosophy, one must embrace change and understand that change is the only constant.

The Role of Man

According to Nietzsche, there are animals, humans, and then the overman. When humans learned to control their instincts and natural impulses in order to attain greater gains (like civilizations, knowledge, and spirituality), they stopped being animals. Our will to power shifted from outward (controlling others) to inward (self- mastery); however, this process of self-mastery is difficult, and there is a constant temptation for humanity to give up (two such examples of humanity giving up, according to Nietzsche, are nihilism and Christian morality). In attempting to gain self-mastery, humans are on their way to becoming the overman, an entity that possesses self- mastery (which is lacking in animals) and good conscience (which is lacking in humans). The overman has a deep love of life and willingly accepts the constant struggle and suffering without ever complaining. Therefore, according to Nietzsche, humanity is not the destination; it is a transition into becoming the overman.

Nietzsche believed that “truth,” the idea that there can only be one correct way to consider something, is proof that our thought process has become inflexible. According to Nietzsche, being flexible and recognizing that there can be more than one way to consider a matter is a sign of a healthy mind, and to have an inflexible mind is to say “no” to life.

In Beyond Good and Evil, Nietzsche attempts to expose morality’s psychological foundations. To Nietzsche, humans would be a healthier species if they did not have morality. He equated morality to fiction, and believed that values needed to be re-evaluated, for they are not objective. Nietzsche was particularly critical of Christian morality, and claimed that on a fundamental level, Christian morality is opposed to life and even an enemy of life. For example, according to Nietzsche, Christianity’s notion of the afterlife devalues an individual’s natural instincts and makes this life not seem as important, therefore promoting weakness.

In exposing the truth of morality, Nietzsche did not wish to replace Christian morality with some other form. Rather, he believed that, after realizing the truth behind morality, people would start to become more honest and realistic with regard to their motives and attitude toward life.

Perhaps Nietzsche’s most intricate theory was his metaphysical theory of eternal recurrence. While complex, the core of his theory, like the rest of his work, revolves around an affirmation of life. 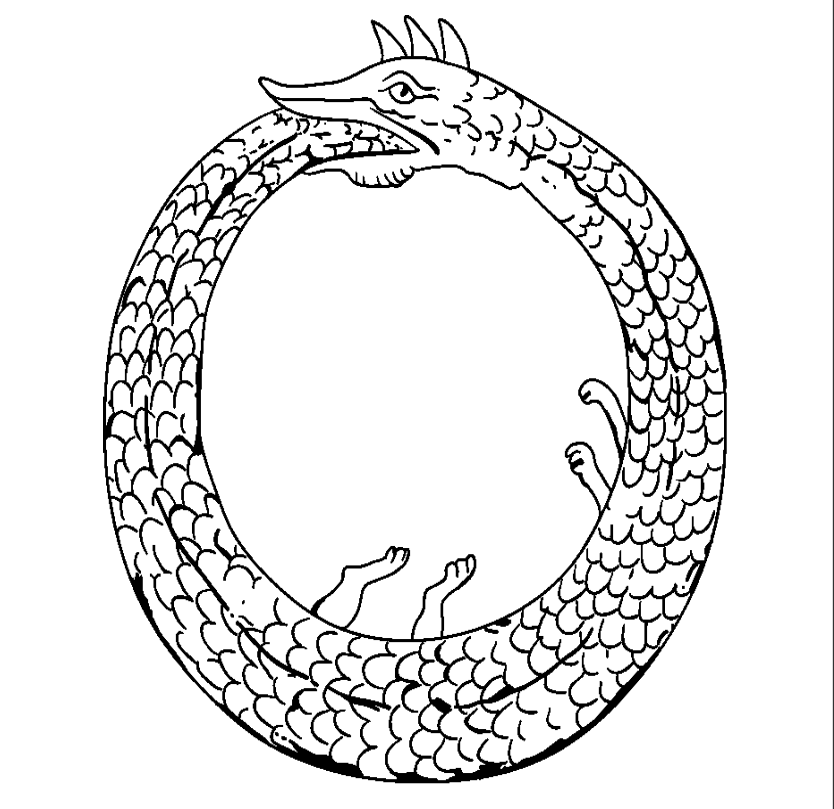 One part of Nietzsche’s theory of eternal recurrence is the notion that time is cyclical, meaning people will live each moment of their entire life over and over an endless amount of times, and each time will be the same. Every moment one experiences, therefore, occurs for an eternity, and we should embrace this fact and feel supreme joy about this.

The second part of Nietzsche’s theory of eternal recurrence is that “being” does not exist because everything is constantly changing— therefore, everything is constantly “becoming.” Nietzsche asserts that reality is intertwined and that we cannot distinguish “things” from other “things” due to the fact that everything is constantly changing. Therefore, one cannot judge one part of reality without judging all of reality. By coming to terms with the fact that our lives are in a constant state of becoming, we can either say “yes” or “no” to all of life. Considered to be one of the first existentialist philosophers, Friedrich Nietzsche had an influence on philosophy that was truly incredible. Above all else, Nietzsche’s emphasis of “life-affirmation” and his challenges to morality and Christianity made him one of the most important philosophers of his time.